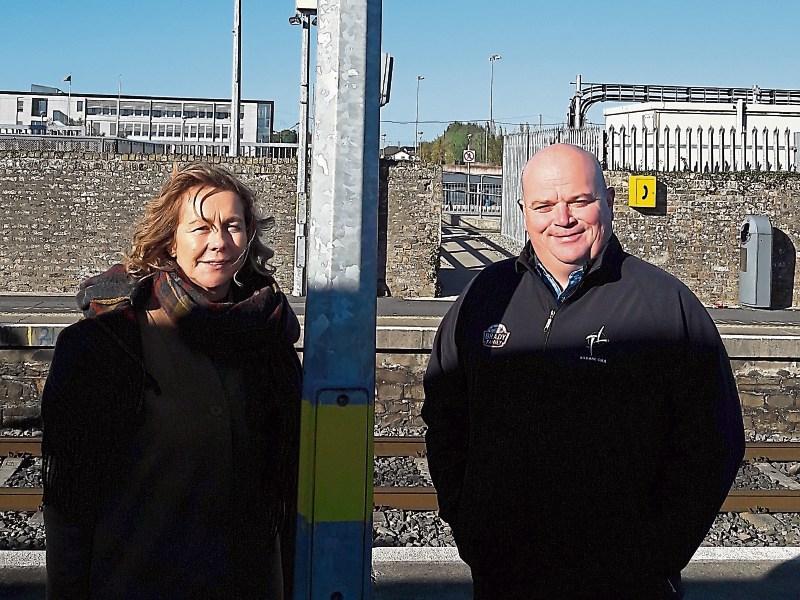 Over 1,300 frustrated train passengers in Newbridge and Kildare town have so far signed a petition calling for train fares to be cut.

The Newbridge branch of the Labour Party is urging Ministers Shane Ross and Simon Coveney to combine their efforts to align the Dublin area rail network’s Short Hop Zone with the recently defined Rent Pressure Zone around Dublin.

It has been canvassing the towns and has received huge feedback from train users.

Cllr Mark Wall said: “The establishment of the Rent Pressure Zone around Dublin will only make a meaningful difference to the cost of living for those living in and around the capital if affordable public commuting options are available within it.”

For this reason, the campaign is now calling for the Dublin area rail network Short Hop Zone to be extended to match the area captured in the Rent Pressure Zone.

As things stand, it currently costs €3.56 to travel from Heuston to Sallins, but it costs four times as much (€15.05) to go the extra seven minutes to Newbridge.

Newbridge, meanwhile, is currently in the Rent Pressure Zone, but not in the Short Hop Zone.

Cllr Wall pointed out that a number of rail users had informed him they were driving up to the Red Cow and getting the Luas to work because it is cheaper.

He said a weekly Luas ticket costs €20 compared to the weekly Newbridge fare of over €70. He pointed out they have to put extra fuel in their cars and then they are creating extra traffic, which could all be avoided.

Patricia Callinan, a spokesperson for the campaign, said: “there are currently some discrepancies between the Government’s Short Hop and Rent Pressure Zones. Both ‘zones’, it seems to me, are essentially attempts by Government to alleviate the housing crisis in the capital.

“The mismatch, however, creates some anomalies wherein certain towns fall between two stools. Newbridge, seven minutes beyond Sallins, or Laytown just outside Balbriggan, are examples of this. The intention behind both zones is admirable, but a little more joined-up thinking is required to make them truly effective.

“The Labour Party is the party of work and as such, advocating for decent travel options to and from work is of great importance to the party.” The petition began on March 20.