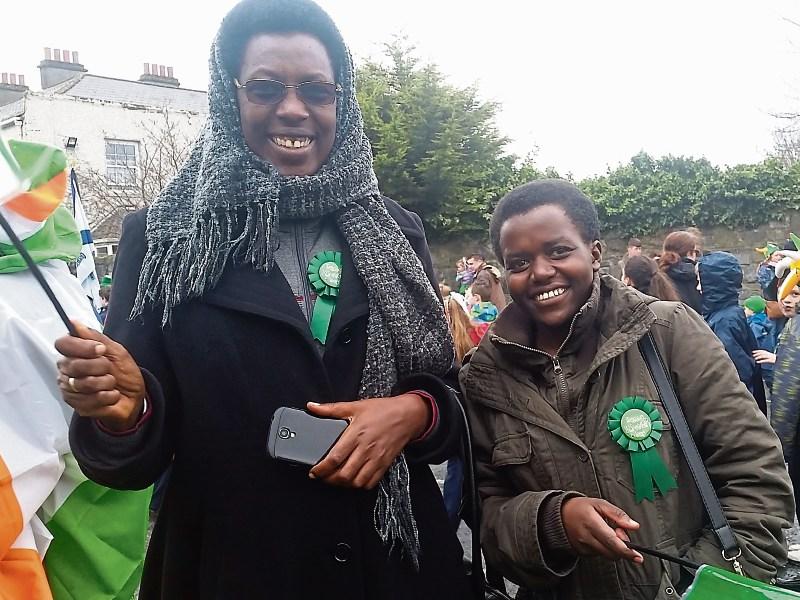 Maynooth-based charity Trócaire recently arranged for a young woman who featured on its iconic Lenten collection box in 2004 to pay a visit to Ireland.

Rwandan Josiane Umumarashavu was just 12 years old back in 2004, and the genocide in her country had claimed the lives of her father, sister and two of her brothers when she was just a toddler. The 2004 Trócaire box featured a smiling Josiane playing a game of skipping.

Now a 26-year-old university graduate, she works as a finance intern for the Irish aid organisation in Kigali.

She was invited by the charity to leave Rwanda for the first time and visit Ireland earlier this month. She visited schools and communities around the country to show how traditional Lenten donations to the charity make a difference in the developing world. Thanks to support from the Irish public, Josiane’s family could improve their farm and afford to eat and earn a vital income. This also meant the young girl could stay in school. 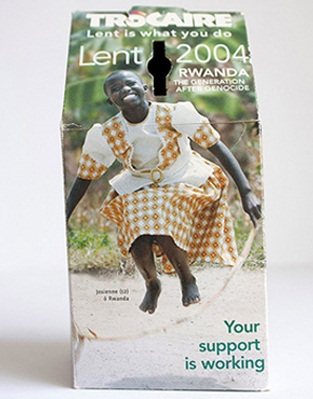 A photo of Josiane featured on the 2004 Trócaire Box

She and her travelling companion, Sr Ancille, even took in the St Patrick’s Day in Parade in Maynooth, getting into the spirit with flags and shamrock hats, despite the unaccustomed cold weather and rain.

“I still have a copy of the photograph and the Trócaire box in my home,” she said. “It makes me very happy to look at it and to think that people in Ireland saw my photo and thought about life in Rwanda.