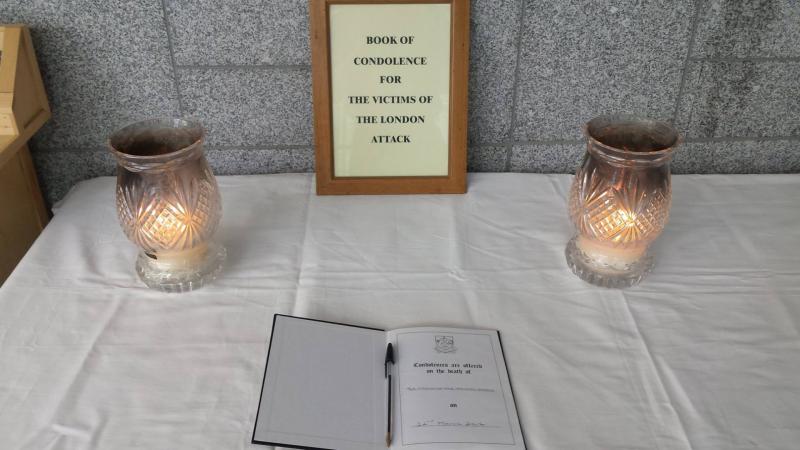 The Book of Condolence for the victims of the London attack

A Book of Condolence from the people of Kildare in memory of the victim's of Wednesday's terrorist attack in London is now open.

It can be signed in the foyer of the Kildare County Council head offices at Aras Chill Dara, Naas.

Some five people died and over 50 were injured in the attack on Westminster Bridge.