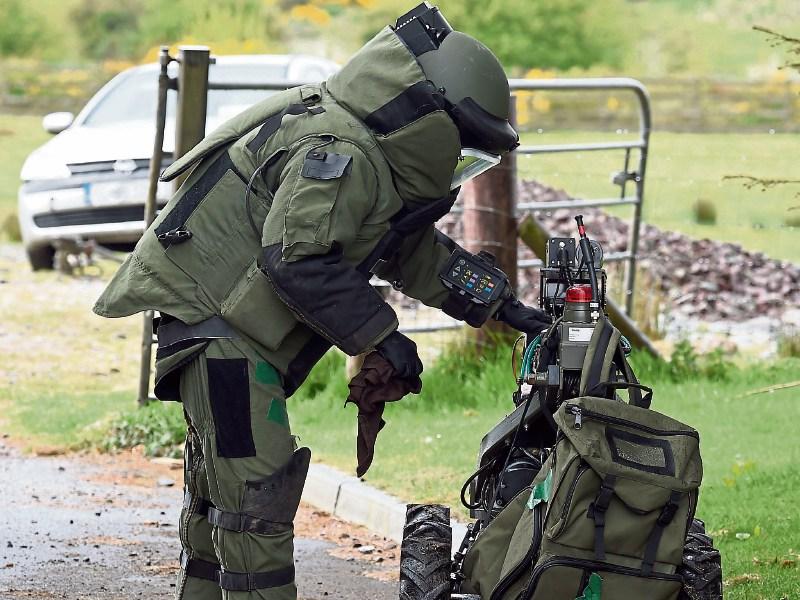 A file photo of the army bomb squad in operation

Derrinturn locals say that two pipe bombs, which were discovered in the village on Tuesday of last week, appear to have been targeted at a local man.

And it’s not the first time people in the village have been targeted like this sources told the Leinster Leader.

On Tuesday evening, March 14, two devices - described by locals as pipe bombs - were discovered at a home in the Ashgrove Estate, which is on the Carbury side of the west Kildare village.

The Defence Forces deployed the Army Bomb Disposal Team at the request of An Garda Síochána. A cordon was established in the surrounding areas and a number of houses were evacuated to ensure public safety.

Traffic cordons were established in the village also.

They carried out an assessment and proceeded to make safe the two suspect devices.

The scene was declared safe at 7.50pm and material of an evidential nature has now been handed over to the Gardai.

Informed sources have said that it appears that the improvised devices were targeting a particular man in the estate. It's not the first time incidents like this have occurred in Derrinturn.

“At this stage people around here are just thinking 'Not this stuff again',” one man said.

This is the third bomb squad deployment in Kildare in the past month.