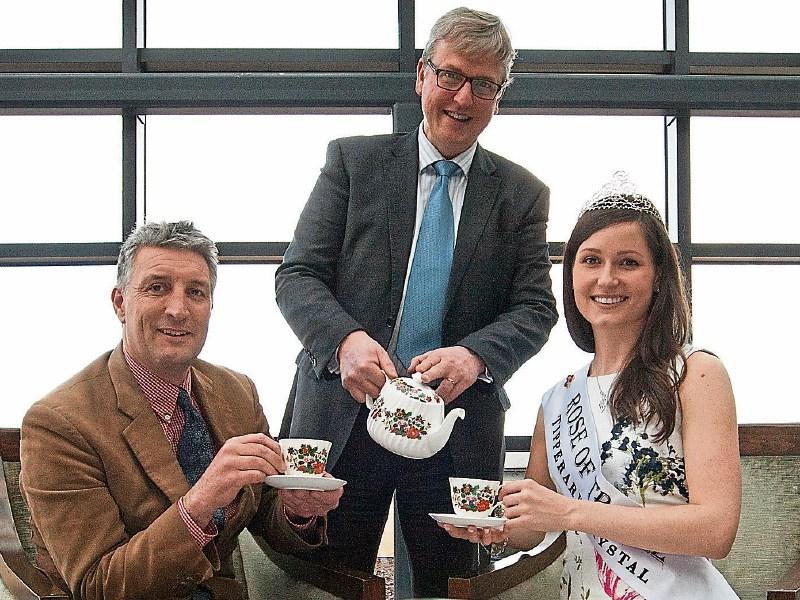 The reigning Rose of Tralee Maggie McEldowney, from Chicago, was at the Westgrove Hotel in Clane recently to launch a fundraiser for Kildare’s Jack & Jill Foundation.

The Kildare Rose Centre Afternoon Tea will take place on Saturday, April 1, at 1pm in the hotel.

The Westgrove is the lead sponsor of this year’s Kildare Rose competition, and all of the Kildare Rose candidates will be on hand to help out with the tea party.

It is hoped that the event will raise money and awareness for Jack & Jill’s local and national home nursing care service for sick children.

The Johnstown-based Jack & Jill Children’s Foundation has supported 2,300 sick children nationwide with home nursing care, including 116 children in Kildare since 1997. Twenty years on, and Jack & Jill operates a nationwide service, operating 365 days a year, with no means testing and no waiting list. However, the charity relies now more than ever on the support of the public to keep going.

To tie in with the 20th anniversary of the charity’s foundation by Mary Ann O’Brien and Jonathan Irwin, after the loss of their own son Jack, the charity is encouraging supporters to host tea parties to raise funds for their cause. Chin china cups are the traditional symbol to mark 20 year anniversaries.

Meanwhile, last week it was announced that Kildare will welcome the International Roses for two days next August, before the Rose of Tralee International Festival is held in Kerry.

The Glenroyal Hotel, Maynooth will be the home to the Roses for two nights on August 13 and 14.

Over the course of their tour of Kildare, the Roses will visit the K Club, Kildare Village, the Irish National Stud and Japanese Gardens and Lullymore Heritage and Discovery Centre.

Ms McEldowney was also on hand at the Glenroyal Hotel last week to announce details of the tour, along with Kildare Mayor Ivan Keatley.

The Kildare Tourism Rose of Tralee Showcase will commence with a civic reception at the headquarters of Kildare County Council, Naas, on Sunday, August 13.