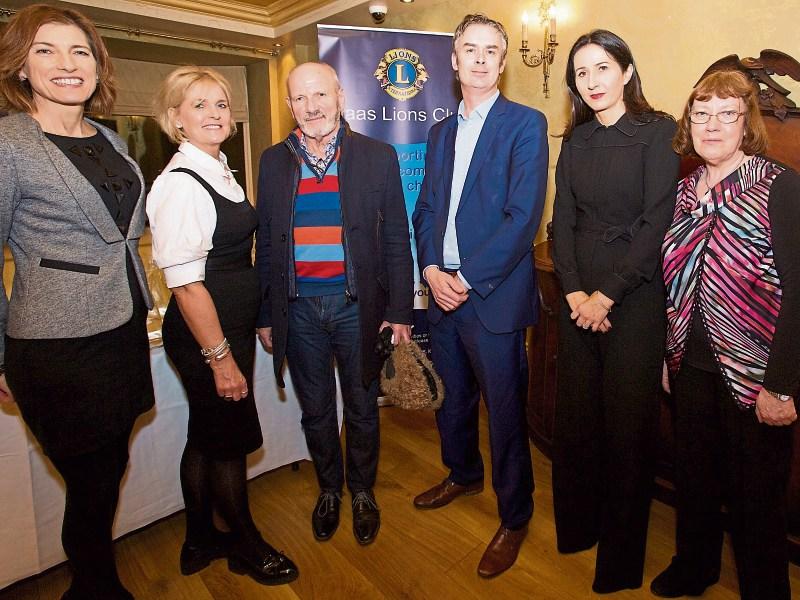 It hasn't gone way, you know. The Naas economy, that is; not the subject of Gerry Adams’s speech of twenty years ago now.

We’re talking about how sustainable the future of the Naas town centre isas a retail venue. The Naas Lions organised a meeting recently (in Lawlor’s Hotel) and while it didn’t attract anything like the numbers who turned up for a meeting more than a month previously, it hinted at a recovery. It was opened by the Naas Lions president Alice Fennelly and themed: ‘Planning for Town Centre Recovery: A Turning Point’.

And some concrete ideas emerged from the meeting about what to do to make make the town centre more attractive. Most of these came from David Fitzsimons of Retail Excellence Ireland, an organisation that’s probably best known for hosting a prestigious awards scheme every year. It is made up of retailers the length and breadth of Ireland and their aim is to promote and sustain business by developing standards and skills.

It has a membership of 1,600 embracing just about retail activity including pharmacy, electrical, furniture/flooring, jewellery, food , to name a few.

Mr Fitzsimons has considerable experience in the retail sectors.

He wants a town centre core to be identified as a first step and the businesses in this area to be given a fresh look.

The meeting was told that in Greystones a lot of work has been done to enhance a town that already has many fine features.

A small number of initiatives should be agreed and implemented with local organisations and he says this will increase economic activity by 25% in 18 months.

Firstly people must look after their own business premises with the aim of attracting people to spend money.

Achievable goals should be identified like painting buildings with bright colours, using potted plants, cleaning the paths outside and use clear signs.

There are many cafes and coffee shops in Naas. These should promote slightly cheaper offers like soup and panini of €6.95 or promote cheaper early bird menus to give people the belief they are getting a bargain.

Coffee and tea refills could be had for half price and this, along with a friendly and welcoming staff, will bring customers back.

The Naas streetscape is arguably the prettiest in County Kildare. This could be enhanced further by by working with voluntary groups from Mens Sheds to the Tidy Towns groups to improve shop fronts.

A thorough and comprehensive document by Elaine Willis recounted the experience in Greystones where this was done (and was slow to start). Footfall for business has increased dramatically.

Business owners are being encouraged to apply for grants to part finance the cost of improving their shop fronts, in a scheme which was launched by Kildare County Council.

Naas already has some advantages. It has a racecourse which features flat and national hunt racing which means it’s open in Winter and Summer. It also has hotels and pubs which could get involved in any initiative to enhance the appearance of the town. It also has hotels, unlike Greystones where the absence of a hotel for decade was seen and unhelpful to the town’s progression.

Naas retailers are also being urged to concentrate on a single project at a time. When people see the town improving they will be much more likely to get involved.