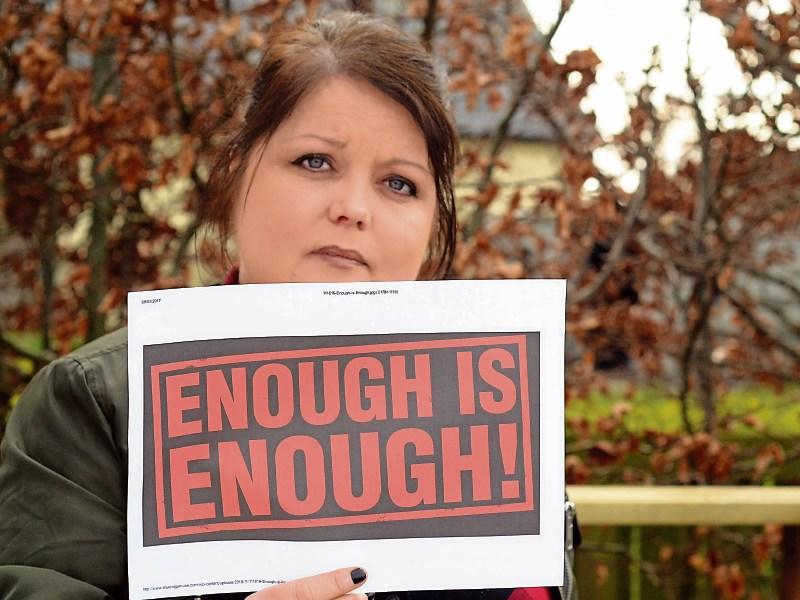 A Kildare woman is organising a protest march to highlight the length of time it takes for children who may have behavioural or special needs to be assessed by the HSE.

“It seems to be that children and young adults with special needs are put on the back burner,” said Amanda Clarke, from Ladytown.

“We want it to change. It’s getting beyond a joke that there is no intervention for these children.”

A series of marches are planned nationwide on Monday, April 3, to highlight the issue. They have been organised online by a group of parents under the banner ‘Our Voice Their Future’.

Amanda was prompted to become involved due to the situation of her nephew.

Now aged four, he has been on a waiting list for assessment since he was 18 months old. Lack of assessment means parents can’t access therapies or intervention.

The route for the Kildare march has yet to be finalised, but will take place either through Newbridge or Naas. Kildare South Deputy Fiona O’Loughlin has agreed to meet the group at the end of the march to receive a copy of their petition to Health Minister Simon Harris to reduce waiting lists.

“We are hoping to get people to march with us so that the government and the HSE are aware of what is going on,” said Amanda.