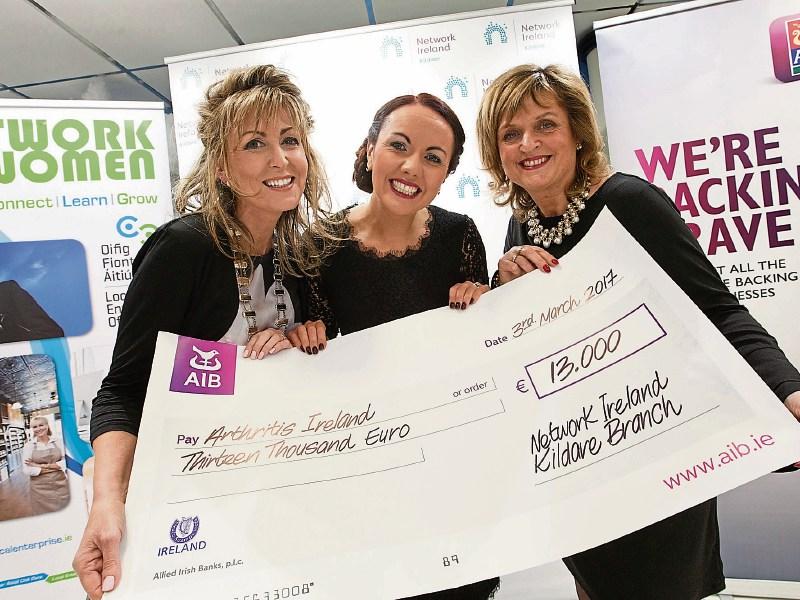 There was a good turnout at the event which celebrated women in local communities and women’s rights around the world.

The night ended on a high as the branch presented a cheque to Arthritis Ireland’s Youth and Family services for €13,000 raised from their annual luncheon charity held last November.

Edel McCabe, communications manager with Arthritis Ireland, said they were delighted to have been chosen as the Network’s chosen charity last year.

“To raise a staggering €13000 from one event is a testament to the generosity and commitment of the Network,” she said.

“Their support and the funds we have raised will allow us to continue our children and youth services both in Kildare and nationally. It is a serious and chronic disease impacting on children and young people and childhood arthritis needs to be given the respect and resources it deserves.”