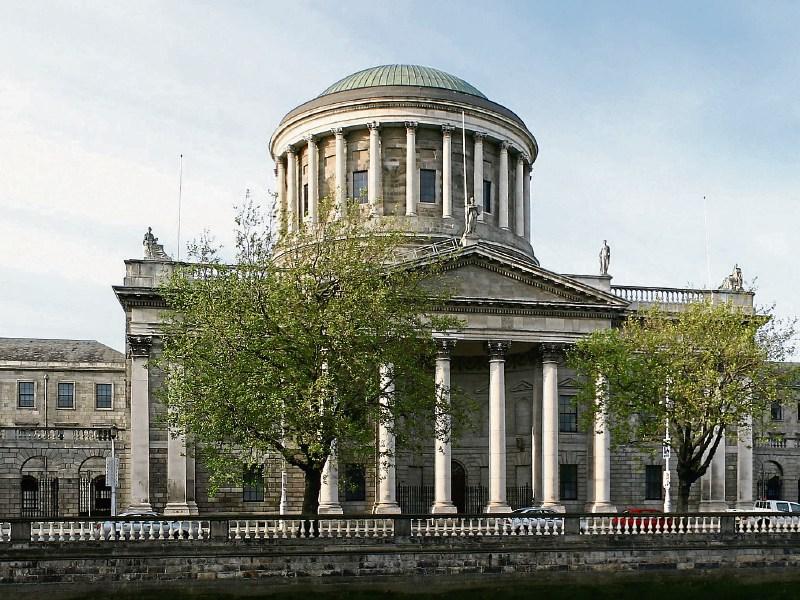 The Four Courts, which houses the Court of Appeal

A member of the Air Corps found guilty of “prodding” his commanding officer with his finger and using abusive language towards him has lost an appeal against his conviction.

Commandant Nile (Niall) Donohoe (54), then squadron commander of No. 4 Support Wing, had denied assaulting his commanding officer and using insulting language towards him during an altercation at Casement Aerodrome, Baldonnel on August 10, 2007.

Having been found guilty by a board of Defence Force members, Cmdt Donohoe was fined 10 days pay and sentenced to a reduction to the fourth point of the pay scale for the rank of Commandant by a military judge at McKee Barracks on June 12, 2015.

Cmdt Donohoe had an appeal against his conviction dismissed by the Court of Appeal today, Thursday.

Giving judgment in the three-judge court, Mr Justice John Edwards said the military prosecution arose out of an interaction that occurred on Friday, August 10, 2007, between Donohoe and Lieutenant Colonel John Moloney at the Lt Col's office at Casement Aerodrome, Baldonnel, Co Dublin.

The Director of Military Prosecutions contended that Cmdt Donohoe assaulted Lt Col Moloney and used insulting language towards him.

Lt Col Moloney's evidence was that he contacted Donohoe to visit his office to sign some documentation relating to complaints Donohoe had previously submitted. His evidence was that Cmdt Donohoe became verbally abusive towards him.

Lt Col Moloney said Cmdt Donohoe “approached me and squared up to me” and later “prodded” him in the chest with his finger.

“I stood my ground and then turned away to avoid any further trouble and, after I turned away, he called me a piece of shit,” Lt Col Moloney said.

Martin Giblin SC, for Cmdt Donohoe, submitted that the board of Defence Force members or jury was not properly constituted and that the Director of Military Prosecutions (DMP) failed to inform his client of the details of his chain of command, despite request.

Mr Giblin contended that in order for Donohoe to know whether the members of the Courts Martial Board selected in this case were in fact eligible to serve, he had to be able to ascertain both in what chain of command board candidates were serving and indeed what chain of command Cmdt Donohoe was serving.

Mr Giblin contended that Donohoe attempted to obtain this information before his trial and it was withheld from him by the military hierarchy and the military prosecuting authorities.

He said he only received a definitive answer to his enquiry when his present commanding officer, a Colonel Mannion, wrote to him on May 10 2016.

Having received the document, Mr Justice Edwards said Donohoe "now believes that a suspicion that he had long harboured" - namely that members of the Court Martial Board were ineligible to hear his case because they were in the same military chain of command - he now wished to introduce the letter in support of an argument that he was not lawfully tried.

Cmdt Donohoe stated that he “could not identify or challenge” members of the panel of jury because “my chain of command had not been definitively identified at that time and was not so identified until May 2016”.

Even if that was so, Mr Justice Edwards said, it was remarkable that Donohoe “still has not identified the members of the Court Martial Board” who were said to have been in the same chain of command.

In a letter dated December 8, 2016, Major General Kevin Cotter, Deputy Chief of Staff (Support), stated that Colonel Mannion's letter "while not incorrect, did not bear the meaning which the defendant (Donohoe) seeks to attribute to it".

The DMP conceded that the selection methodology employed by the Courts Martial Administer had changed since March 2015, but it was maintained that this was irrelevant to whether a person serving in the same chain of command was appointed to his Court Martial Board.

Mr Justice Edwards said Donohoe could not show that the supposed new evidence represented material that could not reasonably have been known or acquired at the time of the trial.

The Court of Appeal was also satisfied that he had not demonstrated that the contents of Col Mannion's letter and related correspondence, might have a material and important influence on the result of the case.

There had been no engagement with Major General Cotter's "categoric assertion" that "the actual position is that no-one serving in the same chain of command was appointed to the Court-Martial Board in this case,” Mr Justice Edwards said.

Mr Justice Edwards, who sat with Mr Justice Garrett Sheehan and Mr Justice Alan Mahon, said the court was not disposed to uphold any other grounds of appeal.

He said the court was satisfied that Donohoe's Court Martial was satisfactory and his conviction safe.

The appeal was therefore dismissed.