Kildare man on a 'Winning Streak' with TV gameshow win 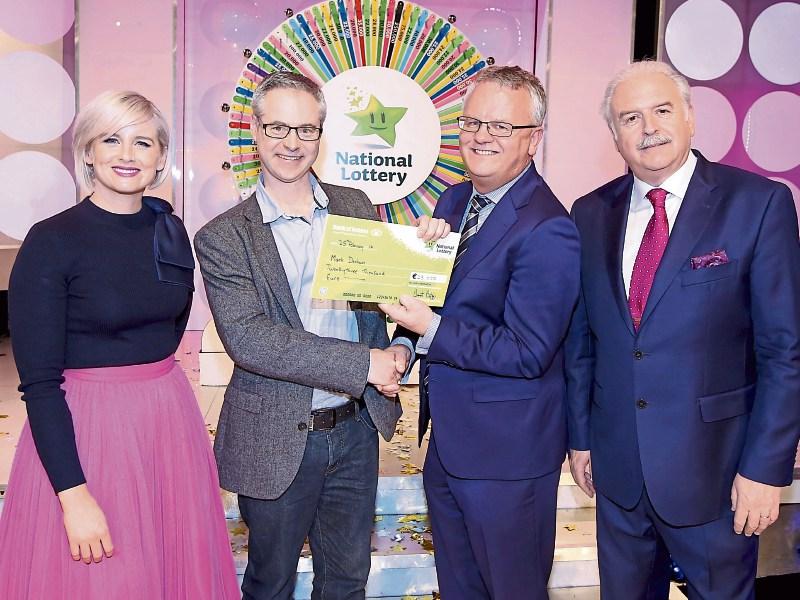 The Celbridge man bought his ticket in Dunnes Stores in Dublin.

The 51-year-old is originally from Clondalkin but moved to Celbridge about 20 years ago.

He is married to Sandra. They have a twin boy and girl, Ronan and Olivia, who celebrated their 14th birthday earlier in the month. Mark is an IT Manager at the Peter McVerry Trust.

Mark owns a classic 1972 MG Midget and enjoys traveling to car shows with his son, Ronan.  He has also been taking part in Coach to 5K with his wife, Sandra at Ardclough GAA as part of Operation Transformation.

Mark and his family are traveling to the USA on a road trip this year so his appearance on Winning Streak will help pay for it.

Lots of Mark's other family were in audience of Winning Streak, including his parents Maureen and Tony and his sister in law, Joan and her twins, Ava and Charlie, along with Sandra's parents, Bridget and Noel Geary and her twin brothers, Brian and Maurice.