Bishop launches new 'Mass of the People' in Newbridge 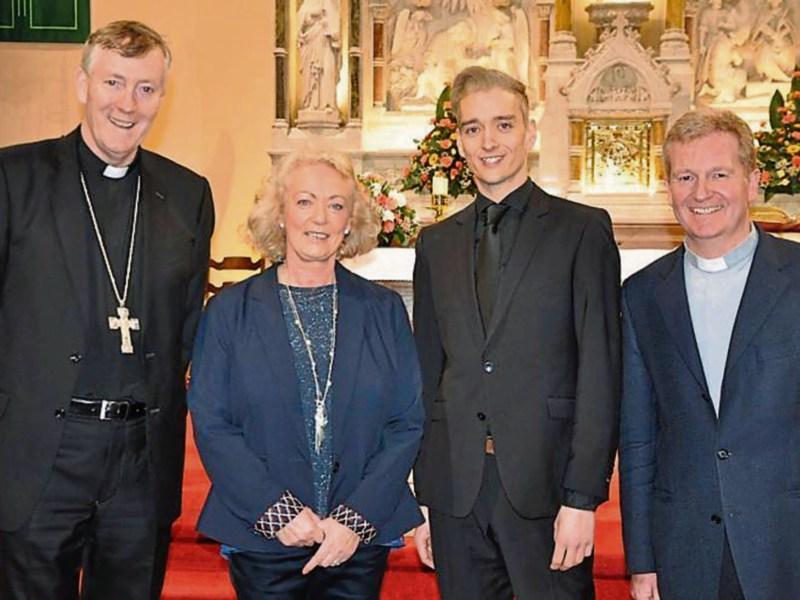 ‘The Mass of the People’ was performed for the first time by the local In Caelo choir, under the baton of Cora Coffey.

'The Mass of the People' includes new settings of the pieces sung/spoken at every Mass – the Kyrie, the Gloria, the Gospel Acclamation, the Holy Holy, the Memorial Acclamation, the Doxology and Great Amen, and the Lamb of God.

The Mass also featured  two additional pieces by Padraig including the first performance by the Fox sisters of a new psalm entitled In God Alone and the Communion hymn Our Blessing Cup performed by soloist Teresa Lynch.

“I wanted to thank the choir (In Caelo) for their support over the years by composing a special piece for them, but that didn't seem enough so I decided to compose an entire Mass setting for them. The setting is called 'Mass of the People' because it is a gift not just for In Caelo, but for all the parishioners of Newbridge,” said Padraig.

“I have worked in Newbridge Parish for the past twenty-four years, first as an altar server, then as a junior sacristan, as a helper on the annual Lourdes pilgrimage, and as a choir member singing with the tenors in In Caelo. I went on to play piano for In Caelo and eventually turned to composing for them.

“I have proudly represented Newbridge Parish at four World Youth Days in Toronto, Cologne, Sydney, and Madrid. Outside of our diocese I have also represented our parish at the 50th International Eucharistic Congress in Dublin in 2012 as a pianist and member of the chamber choir, and I also composed the official anthem for the Dublin Archdiocese Year of Evangelisation.”

Commenting at the launch, Cora Coffey said, “In Caelo has come a long way since it began in 1997. Myself and Padraig were original members of the choir. We all knew that Padraig was destined for greater things and he has proved us right! ‘In Caelo’ are honoured that he has chosen us to perform his beautiful new Mass setting.  I wish him every success for the future and ‘In Caelo’ looks forward to many more collaborations with him.”

“Padraig is making a major contribution to the life of the Church in Ireland today.  I wish him every blessing and thank him for sharing his gifts so generously with us here in Saint Conleth’s Parish,” said Fr Paul Dempsey, Parish Priest.