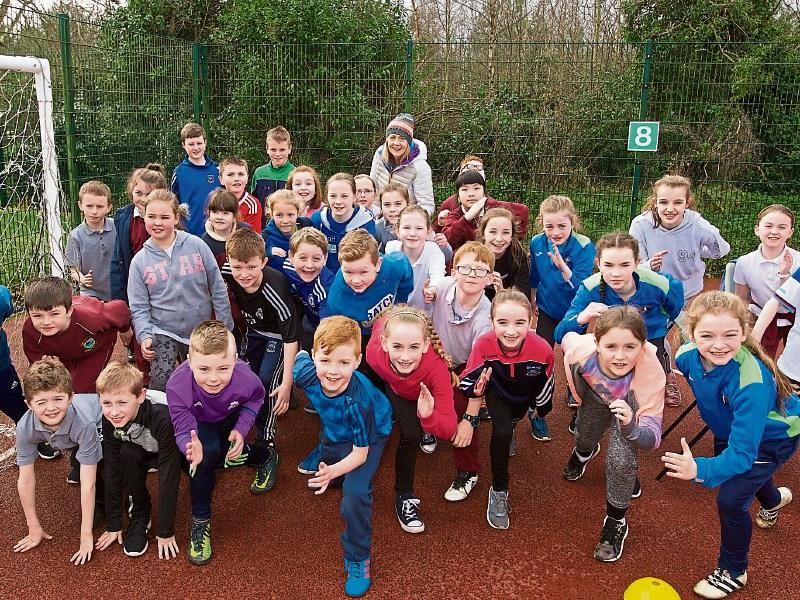 The marathon was set to coincide with preparations for Robertstown Couch to 5k run lead by Sonia O'Sullivan and a school children's "Sprint with Sonia" which will take place tomorrow Sunday, February 26, at 11am at Robertstown NS.

The children of Robertstown NS showed courage, endurance and sportsmanship as collectively they ran a full marathon,” their teachers said.

“All classes from Junior Infants to Sixth class participated.”

The event was done as part of the Active schools ongoing incentives, lead by teacher Kirstin Conroy and a student-elected active schools committee.

Ms Conroy and her team are encouraging children to become more active in their daily school life.

The school community is aiming to be awarded with an Active School Flag.