Aiming for biggest ever intake this year 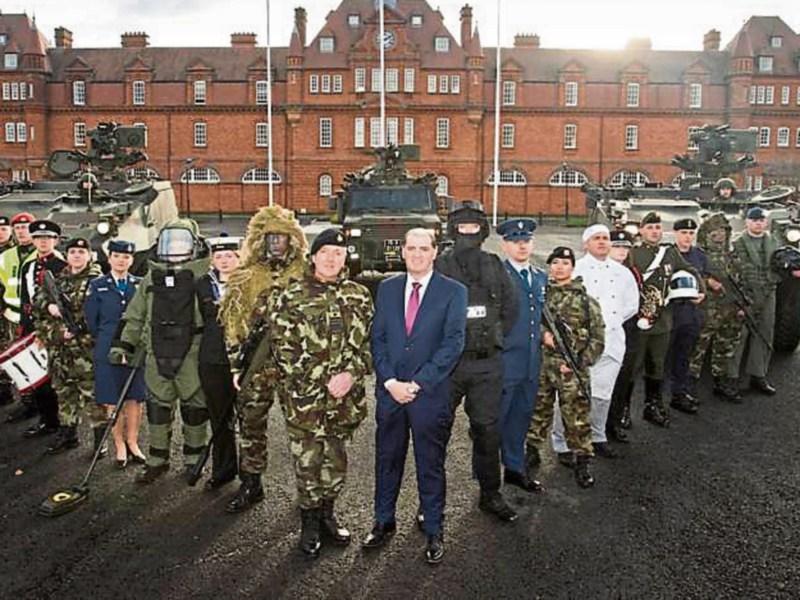 The Defence Forces, whose training centre is at the Curragh, will recruit some 860 new members this year.

The major recruitment drive was announced to day by the Minister with Responsibility for Defence, Paul Kehoe, TD.

The new hires will maintain the strength level of the army, navy and air corps at 9,500 personnel, according to the Defence Forces.

The new members will include general service recruits, apprentices and cadets.

Last year some 690 personnel were hired.

“It is vital that we continue to recruit young men and women to both maintain the strength level and military capability and to ensure fresh thinking.  I would encourage any young person who is currently thinking about his or her future career to consider the opportunities available in the Defence Forces and ‘Join our Team’,” said Minister Kehoe. He added that he would particularly encourage young women to consider a career in the Defence Forces, given the government’s commitment to increasing female representation in the army.

“ I would also urge our new Irish, who have contributed so much to the creation of a more pluralist and culturally diverse Irish society, to take up the opportunity to serve in the armed forces of the State they now call home,” he said.

The first of the competition streams, general enlistment, is now open on the Defence Forces website at www.military.ie.