Kildare house fire victim to be laid to rest on Friday 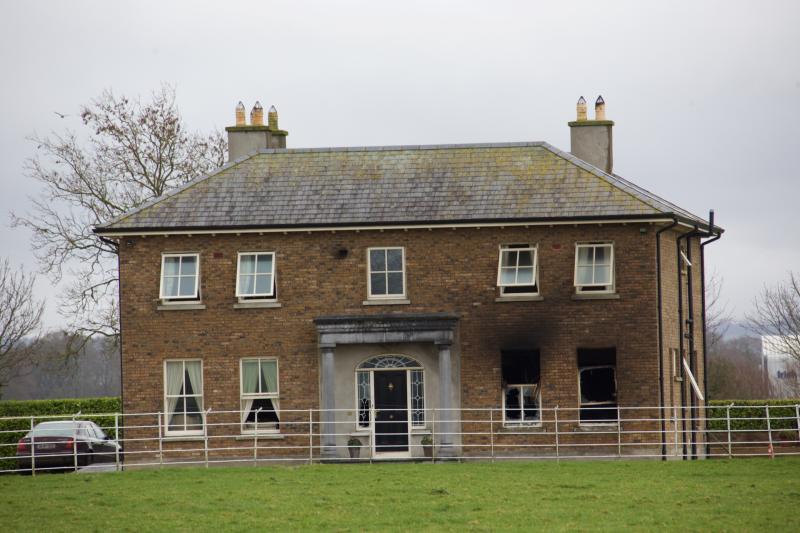 The house fire at Osberstown on Tuesday, January 21.

The funeral of the Naas woman who passed away following a house fire on Tuesday will be held this Friday, February 24.

Millie McEvoy, née Herterich, late of Osberstown Stud, Naas, will be laid to rest following requiem mass on Friday at 10am at the Church of Lady and St David, Naas, followed by burial at Caragh Cemetery.

Mrs McEvoy is the wife of well-known Kildare auctioneer Colm, and is survived by her children Anne Marie, Olive, Jackie, Jimmy, Mary and Sinéad, grandchildren, sons in law and extended family.

The reposal will be at her daughter Anne Marie's residence at Tone House, Bodenstown, Sallins from 2pm on Thursday, February 23rd, with prayers at 7pm.

The family have requested family flowers only, with donations if desired to Friends of Naas Hospital. Donation box in church. The house will be private on Friday morning.