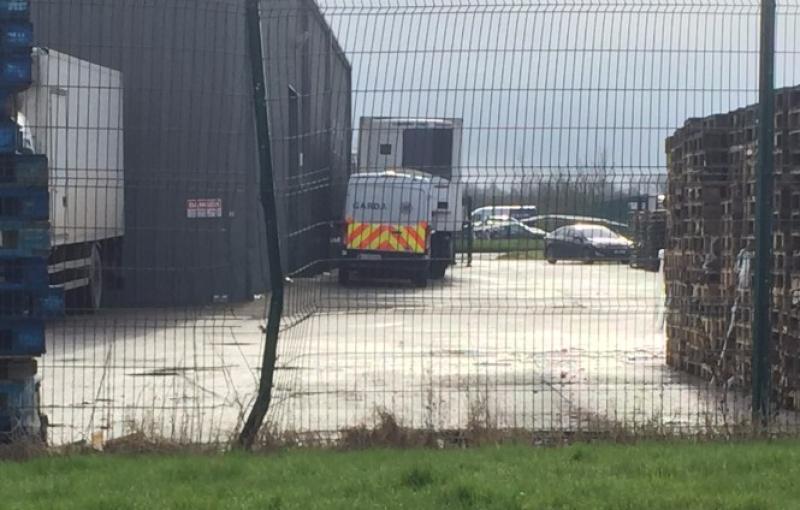 The scene of the accident last week

The funeral of the man who died in an accident at a Kildare transport firm is to take place in Fermanagh tomorrow.

Anthony (Tony) McDermott's funeral mass will take place at 2pm at St Tierneys Church, Roslea, for funeral mass at 2pm, with burial afterwards in the adjoining cemetery. He is reposing today at the home of his parents Benny and Kay McDermott, at Cornor Croft Cottage, Drumswords, Aughadrumsee.

A post-mortem was carried out yesterday, Monday, at Naas General Hospital.

53-year-old Tony McDermott was originally from Roslea in Co Fermanagh. He had family members, including children, living in the Newtownbutler area of Fermanagh.

It is understood that Mr McDermott worked as a lorry driver, and undertook many long-distance trips.

The accident took place at around 3am on February 17 at Tougher’s Business Park.

It is understood Mr McDermott was struck by a vehicle and sustained crush injuries.

The tragic accident is the subject of separate Garda and Health and Safety Authority investigations.

Newtownbutler - based Sinn Fein Cllr Thomas O’Reilly said : “This is an absolute tragedy for his family.

“Tony was a very well-known and likeable man who lived a quiet life and spent a lot of time on the road with his job. He was a former player with the Roslea Shamrocks GAA Club.”