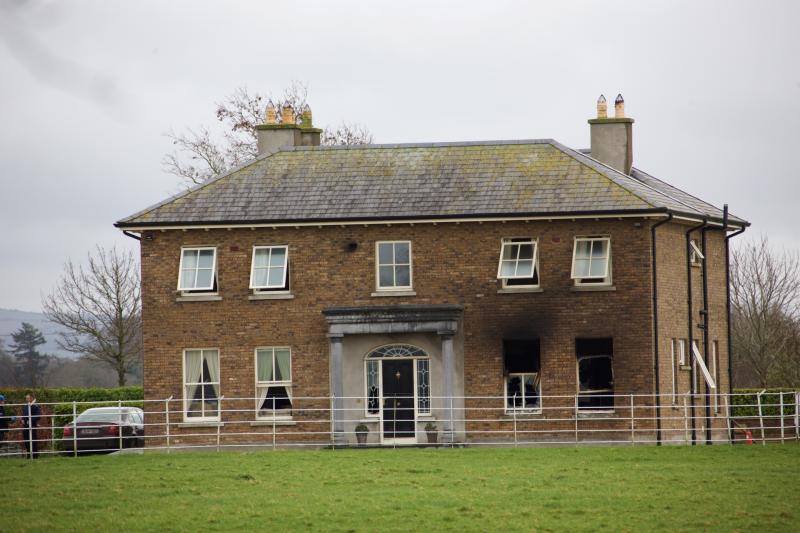 The home at Osberstown, Naas

A woman is in hospital after a blaze broke out at a house in Naas.

The house in Osberstown, Naas, was extensively damaged after the fire this morning.

The home belongs to well-known Kildare auctioneer Colm McEvoy. It's believed that the woman, who is elderly, is in a serious condition.

Emergency services were called to the scene at approximately 11.45 am this morning after the alarm was raised by a passerby who noticed the fire in the house.

Three fire brigades attended the scene as well as two advance paramedic jeeps and five units from the Gardai.

Gardai are satisfied that the fire began in the right side of the house, and although the damage is mainly concentrated there, much of the rest of the house has smoke damage.

A full Garda forensic examination of the house is ongoing.

Meanwhile, in a totally unrelated incident, a car was driven into a ditch 300 metres away from the house. No injuries have been reported. 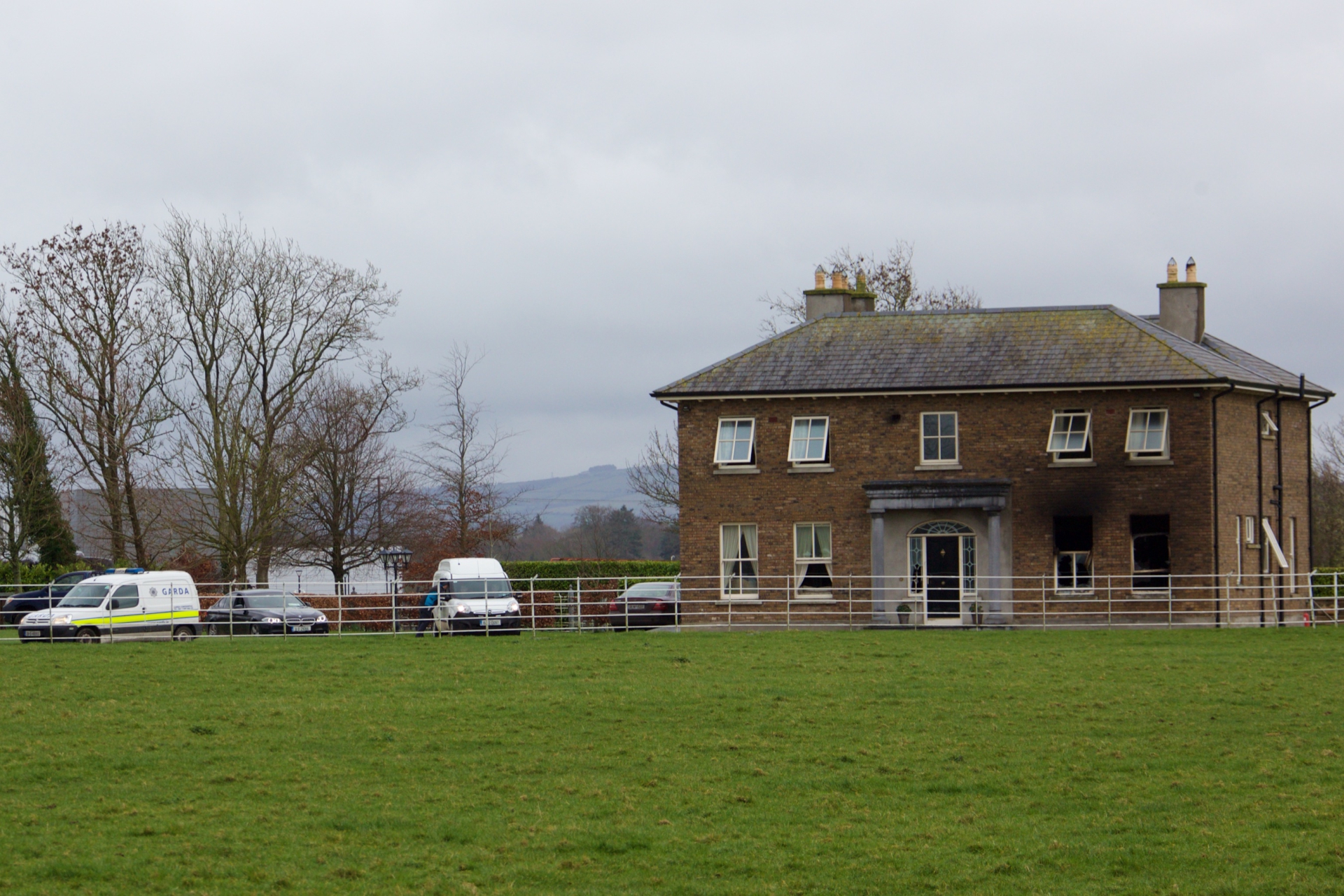 Gardai at the home at Osberstown this lunchtime