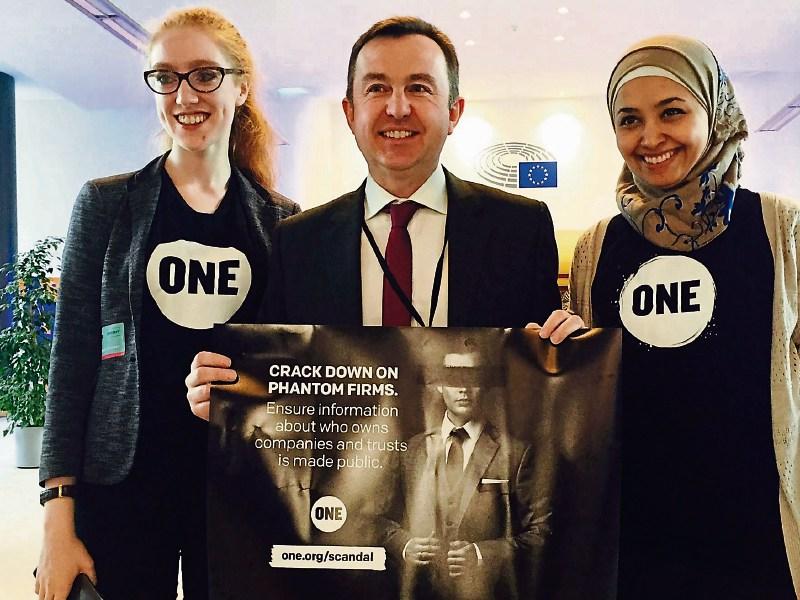 A Naas student has been lobbying politicians in Europe to strengthen measures to combat money laundering.

21 year old Fionnuala is an ambassador for the ONE Campaign, a non profit making organisation working to end extreme poverty and preventable disease, especially in Africa.

“In Brussels I was hoping to convince the MEPs to commit to making registers for all companies and trusts available to the public. this is important as it means that it will be easier to trace where money has come from and who is spending it and on what,” said Fionnuala.

She is an Arts students (English and French) at Trinity College and a former pupil at St. Mary's College.

“Corruption is a serious problem in developing countries from where one trillion dollars are siphoned off every year. This is less than the amount of aid going in. Making registers public means that activists, journalists and other concerned members of the public can help governments to prevent corruption.”

Fionnuala was joined by other youth ambassadors from around the world and they had a “productive” meeting with Mr. Hayes as well as UK MEPs Anneliese Dodds and Molly Scott Cato and Romanian MEP Csaba Sogor.