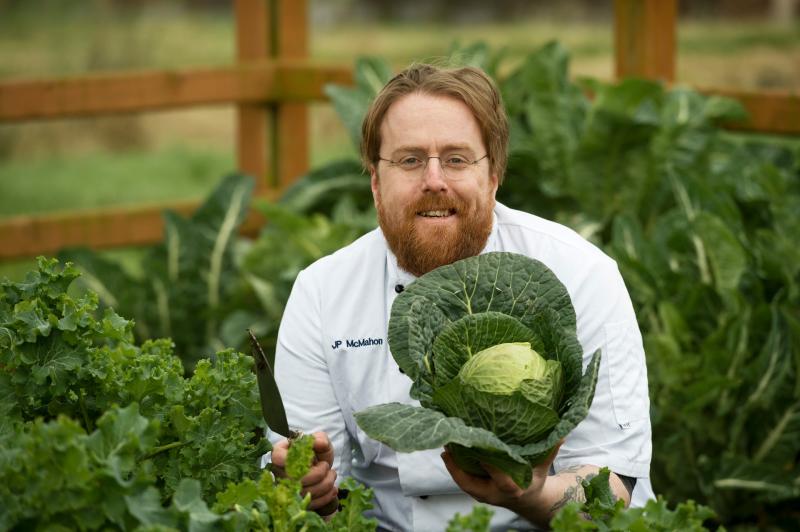 Top chef JP McMahon, who was raised in Kildare, is backing a Concern campaign to put veg on the plates of children in the world's poorest countries.

The restaurateur, who owns the Michelin-starred Aniar in Galway, is supporting Kitchen Gardens, a new initiative to tackle child malnutrition in Burundi, Central Africa.

The 38-year-old dad of two daughters, Heather and Martha, was born in Dublin, but grew up in Kildare from age five and went to primary school in Maynooth and secondary school at Scoil Dara, Kilcock.

He said the gardens encourage communities to grow their own vegetables in a country where poor nutrition has stunted the growth of 58 per cent (881,000) of children aged under five.

Kildare people can support Kitchen Gardens on the crowdfunding website Generosity.com where the target is €20,000 to benefit 200 families or over 1,000 individuals.

JP has kindly donated signed recipes that will be sent to anyone who donates €65 to the campaign.

The gardens themselves are designed to trap moisture and enable vegetables – such as carrots, cabbage and onions - to grow all year round, even in very dry conditions.

They are circular and raised about one metre above ground with an inner circular basket at its centre where compostable waste, such as uncooked vegetables, are added to provide nutrients to the plants.