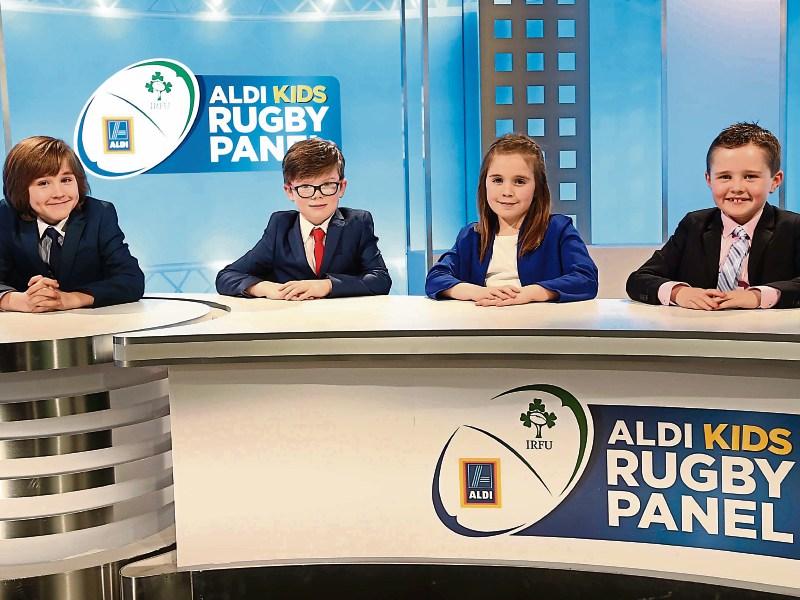 Talented young Charlotte De Chellance, aged 9, from Bryanstown in Kilcock is one of the youngsters causing a stir on television airwaves during this year's Six Nations.

Charlotte beat off stiff competition to join three other youngsters on the Aldi Kids Rugby Panel, which is aired during RTÉ's big match day coverage.

The other youngsters on the panel are Charlie Geelon (9) from Shankill, Dublin; Donncha Flannery (7) from Tramore, Waterford and Dylan Vickers (8) from Wicklow town.

Putting their punditry skills to the test, The Aldi Kids Rugby Panel, which will be anchored by comedian Barry Murphy, will be offering viewers a match analysis, before, during and after each of the Ireland RBS 6 Nations games.

In September 2016 the Aldi Play Rugby initiative was launched, bringing the non-contact rugby programme to schools all over the country.