Scene at Bundle of Sticks roundabout declared safe this evening 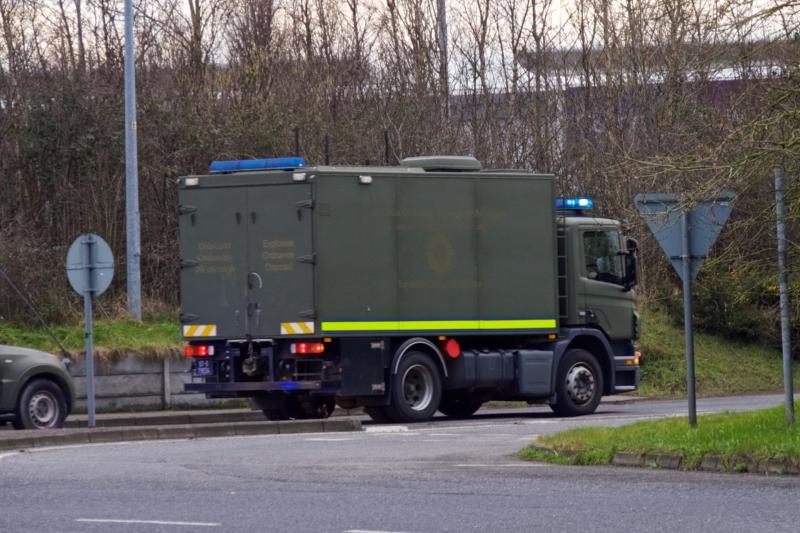 The scene at the Bundle of Sticks roundabout earlier this evening. Photo: Tony Keane

Three suspect improvised explosive devices were found during the army bomb disposal unit's search on the outskirts of Naas this evening (Thursday).

The scene at the Bundle of Sticks roundabout near Newhall was declared safe at 9.30pm this evening. Traffic diversions have also been lifted.

Gardai first discovered what appeared to be a number of suspicious devices when, in connection with an ongoing investigation, they were examining a vehicle, at a commercial garage at Newhall, Naas, earlier this afternoon.

The area was sealed off and a cordon put in place, while the army explosive ordinance disposal unit got to the scene around 4.15pm.

According to a garda spokesperson, the devices have been removed by the army for further investigation and inquiries into the incident are ongoing.

According to a Defence Forces statement tonight: "The devices have now been removed to a secure military installation for further examination. Material of an evidential nature will be handed over to An Garda Síochána."