LATEST: Traffic chaos in Naas due to bomb squad activity at Newhall 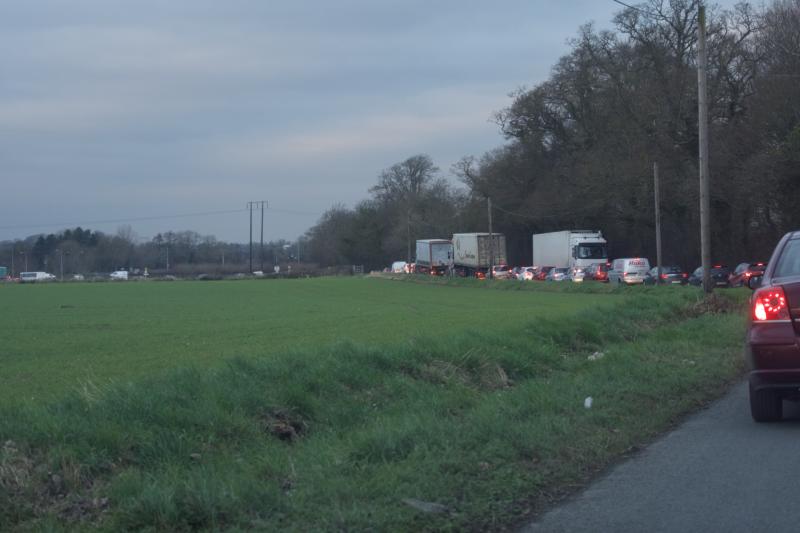 Traffic in the vicinity of the incident in Naas this evening. Photo: Tony Keane

Traffic chaos is building in Naas this evening due to an incident near the Bundle of Sticks roundabout in Newhall.

The army bomb squad has been called in to investigate a suspicious device found in a car in the vicinity.

The AA is warning motorists of long delays in the area.

It is advising road users to avoid the Naas/Newbridge Road (R445) and approach roads, which are closed between Ladytown (Tougher's) and the Bundle of Sticks.

The slip road form the Bundle of Sticks to the M7 motorway is also closed. Diversions are in place via the Rathangan Road at Floods Cross. Traffic looking to access the M7 southbound should divert via Kilcullen (R448). Traffic is heavy coming from the Kerry Group direction, and from Naas Town Centre, to the Bundle of Sticks.

Local ratruns and shortcuts are also taking the brunt of the closures, with many locals diverting in the hope of a quicker journey southbound.

The Kilcullen Road (R448) is heavy out of Naas, and it is heavy into Athgarvan on the Two Mile House road. The motorway is accessible from Naas Town Centre via Rathasker Road.

Traffic on the motorway is reportedly very heavy but moving well.

According to eyewitness reports shortly after 6pm, the closures are still in place at the Bundle of Sticks and there is quite a bit of garda activity still evident. 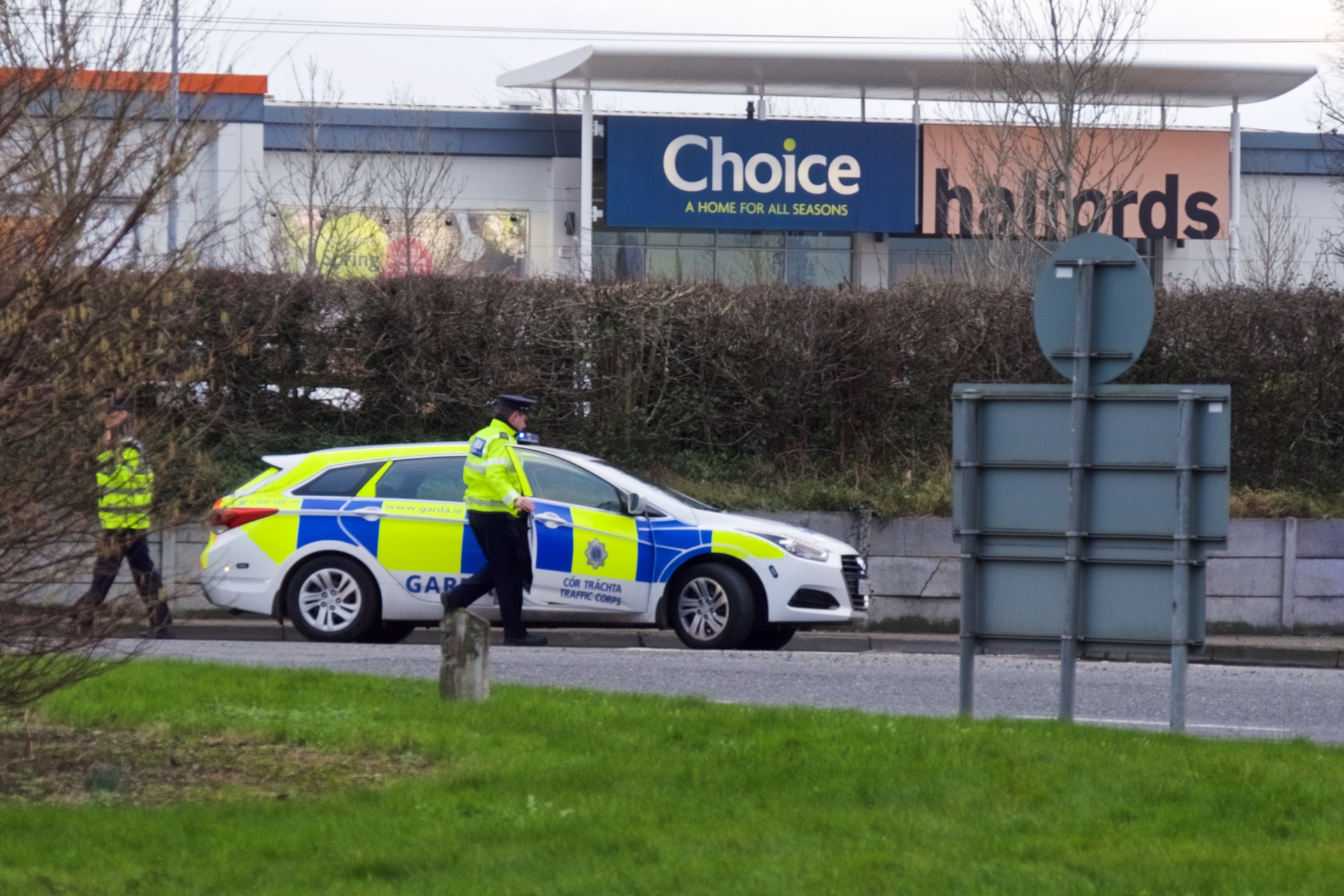 Garda activity at the Bundle of Sticks roundabout shortly after 4.30pm this evening. Photo: Tony Keane