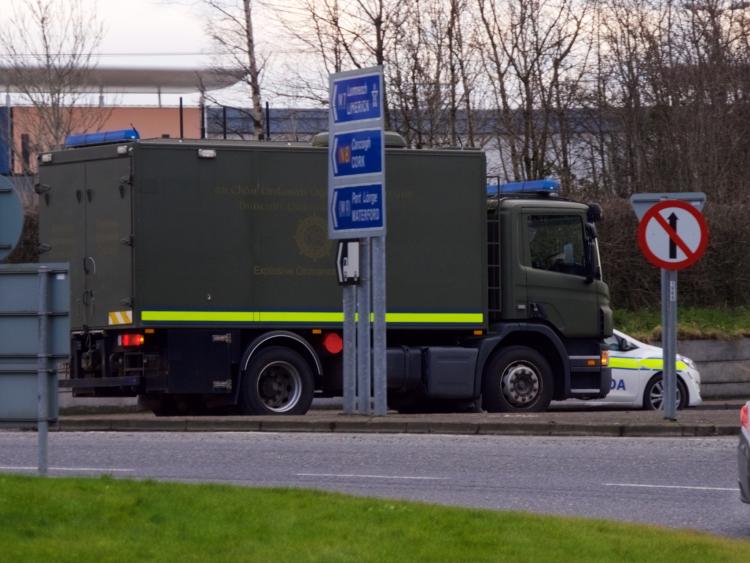 The army bomb squad truck at the Bundle of Sticks roundabout this evening. Photo: Tony Keane

It's understood a suspicious device has been found in car on the outskirts of Naas and the army bomb squad have been called in to deal with the emergency.

It is believed the device was found in a car situated in the yard of a local premises near Newhall.

Gardai have closed the motorway slip road and the Newbridge Road at the Bundle of Sticks roundabout in a major lockdown.

Eye witness reports indicated the bomb squad truck had arrived in the area just after 4.30pm.

Diversions are in place with traffic building up on the outskirts of Naas. Gardaí are directing motorists away from the area. The AA are recommending that traffic for the M7 southbound divert via the R448 to Kilcullen.

Gardai are also directing traffic through Ladystown and Caragh.

A garda spokesperson said that gardaí are directing traffic in the area and work is ongoing with regards to the operation.

It is believed the closures will last for several hours. 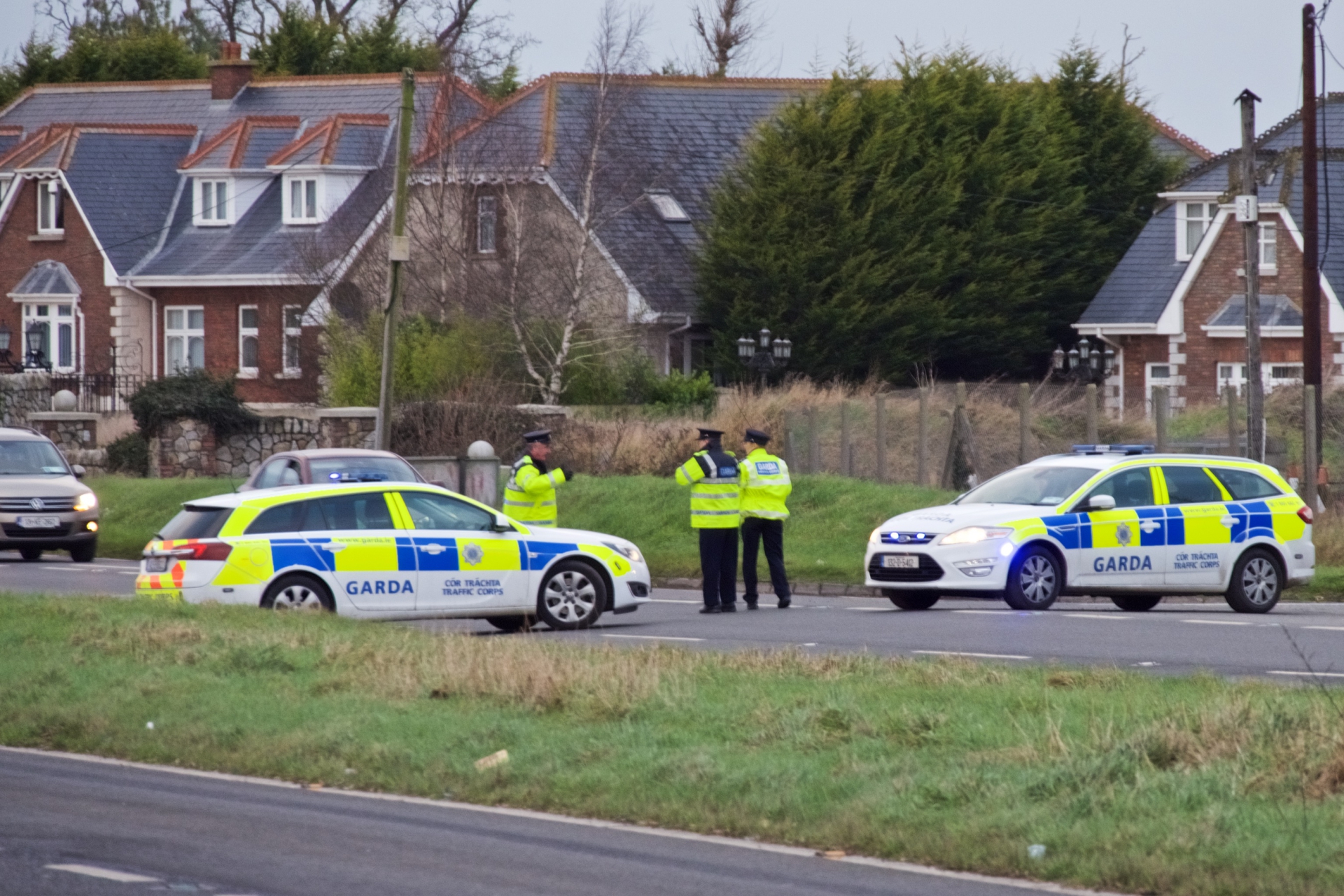 Gardai blocking off the road on the Newbridge side of the Bundle of Sticks roundabout. Photo: Tony Keane 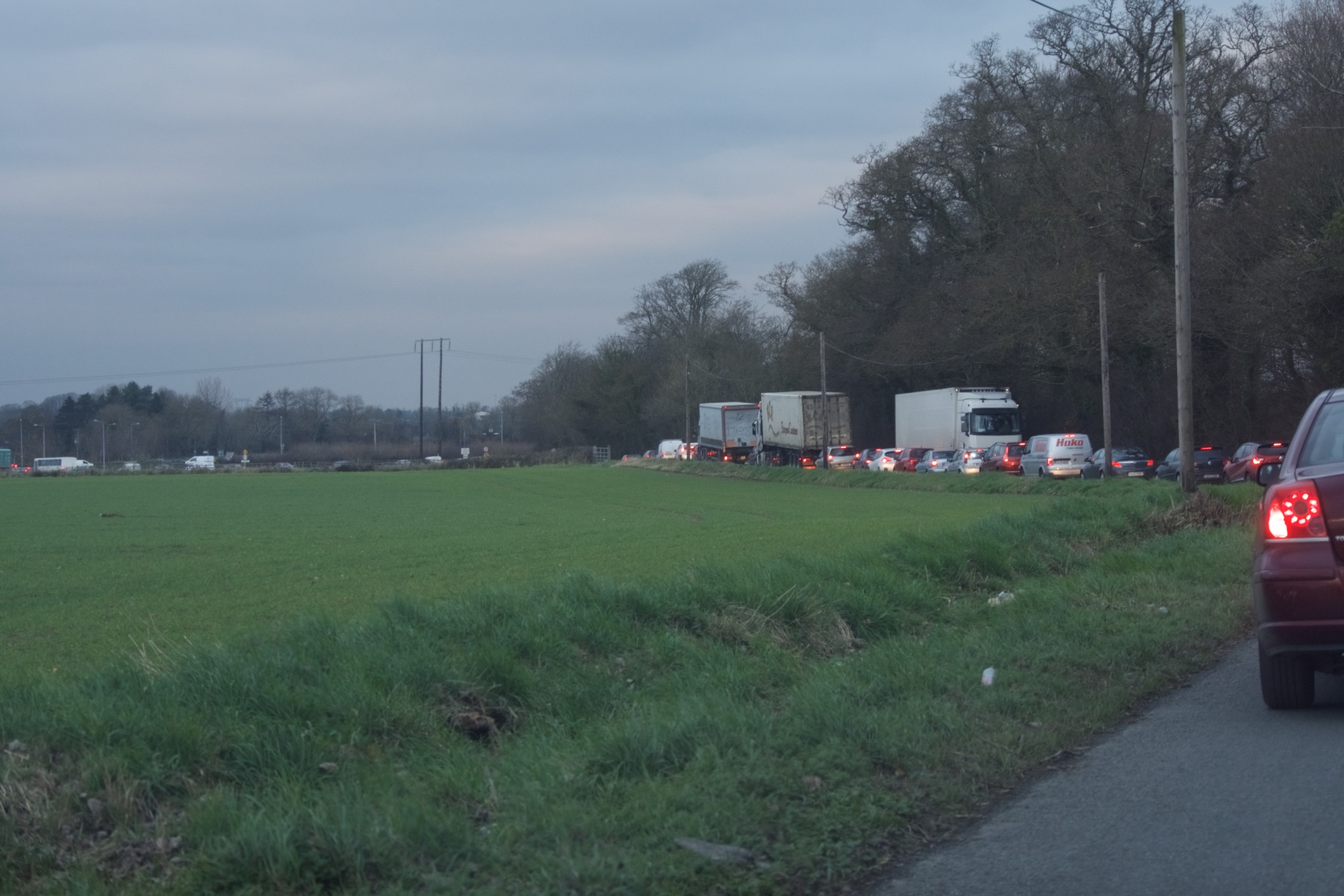 Traffic backed up on the link road between the Newbridge/Naas road and the Naas/Rathangan road this evening. Photo: Tony Keane

Kildare Traffic – Naas to Newbridge Rd (R445) closed at the Bundle of Sticks roundabout due to an incident. Gardaí directing traffic