BREAKING: Educate Together and KWETB back in talks over Newbridge secondary school provision

Row over St Conleth's as proposed site for school partnership 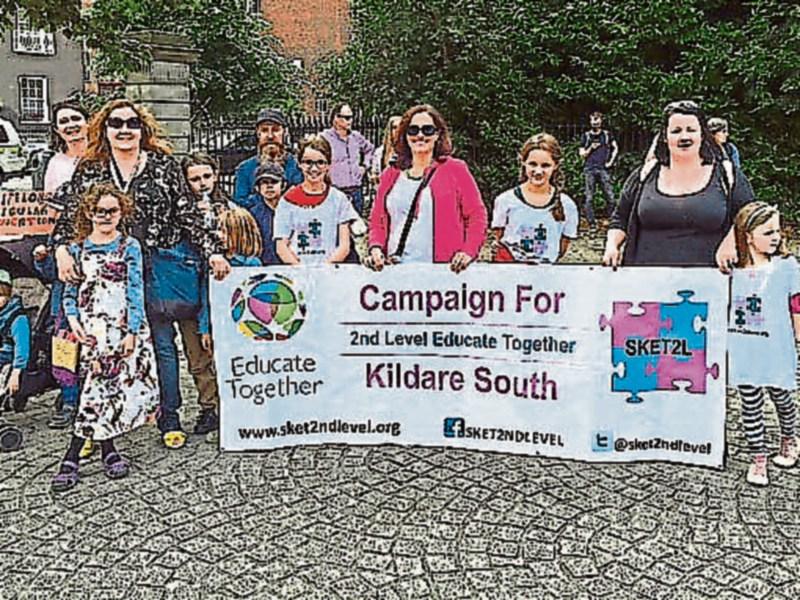 Educate Together and the Kildare and Wicklow Education and Training Board (KWETB) are back in talks on the provision of secondary school education in South Kildare.

Representatives of the two bodies met yesterday to discuss matters relating to the provision of secondary school education.

The meeting seems to have headed off a crisis that blew up earlier in the week, when members of the campaign group for an Educate Together secondary school in South Kildare (SKET) threatened to pull out of ongoing talks unless they got clarification of what was on the table.

SKET have long campaigned for a new Educate Together secondary school for the south of the county, particularly to cater for demand in the Newbridge area and surrounding towns.

Earlier this month, an initial meeting was held between SKET and KWETB to examine patronage partnership opportunities.

As reported by the Leinster Leader earlier this week, indications emerged that KWETB and local politicians favoured the proposal of amalgamating the Educate Together secondary proposal into the existing KWETB-run St Conleth's Community College in Newbridge. The Educate Together campaigners insisted this had never been discussed between the parties before it was revealed in the media, and threatened to pull out of talks.

SKET said they had agreed to a proposal to the Department of Education that a new school would be built on a greenfield site to meet local demand and operated by a joint patronage partnership.

A short statement jointly issued by Educate Together and KWETB late on Thursday evening said: "During the meeting KWETB outlined to Educate Together the principles of its offer. Educate Together outlined its obligation to meet the aspirations of its parents in South Kildare to avail of second level education.

"The two sides agreed to examine the proposal and meet again."