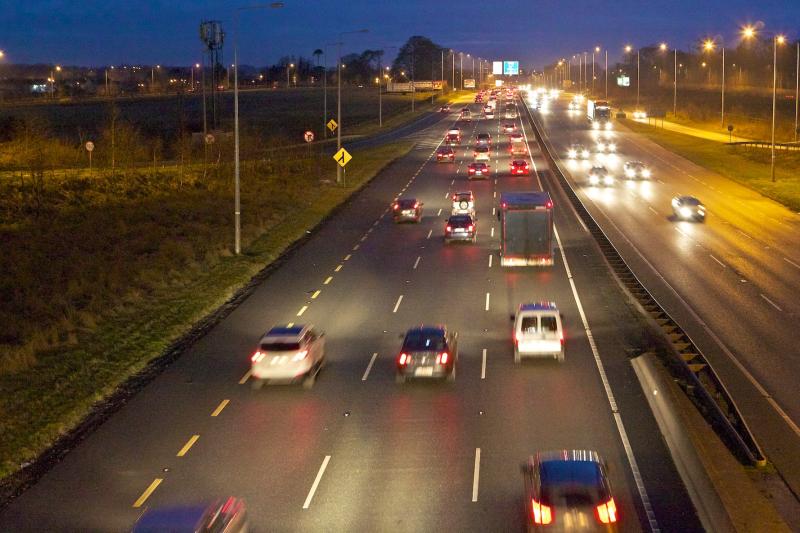 Evening traffic on the M7 heading towards Naas

The trio of major road projects on the outskirts of Naas will take at least three years to build.
They are the Sallins By-Pass, Naas By-Pass widening and the Osberstown interchange.

The allocation of money announced last week for the road projectsprovides reassurance for the community that the authorities intend to proceed with all of them.

Kildare County Council has already said that the two funded projects will proceed along with the widening of the M7 (the Naas to Newbridge By-Pass) to a three-lane route.

The latest estimate of the cost of the three projects is €110 million. But it is not clear which of the three will proceed first or indeed where work will start.

KCC say this will be a matter for the contractor to manage — before the actual work gets underway.
The most expensive of the three projects is the road widening plan, which will cost at least €55m.

Plans for the Sallins By-Pass are now 11 years old and this long awaited road will take 20,000 vehicles a day from the village.

News that the Sallins By-Pass route would be built put paid to a project to provide better facilities for cyclists and walkers along the 3.5kms stretch of road between Poplar Square in Naas and Sallins.

It had been proposed by the National Transport Authority.

Kildare County Council say that this is because the smaller traffic volumes after the by-pass opens will mean that these facilities will not now be needed.
Funding has yet to be announced for the Naas to Newbridge By-Pass upgrade and money for this project and will come from Transport Infrastructure Ireland.