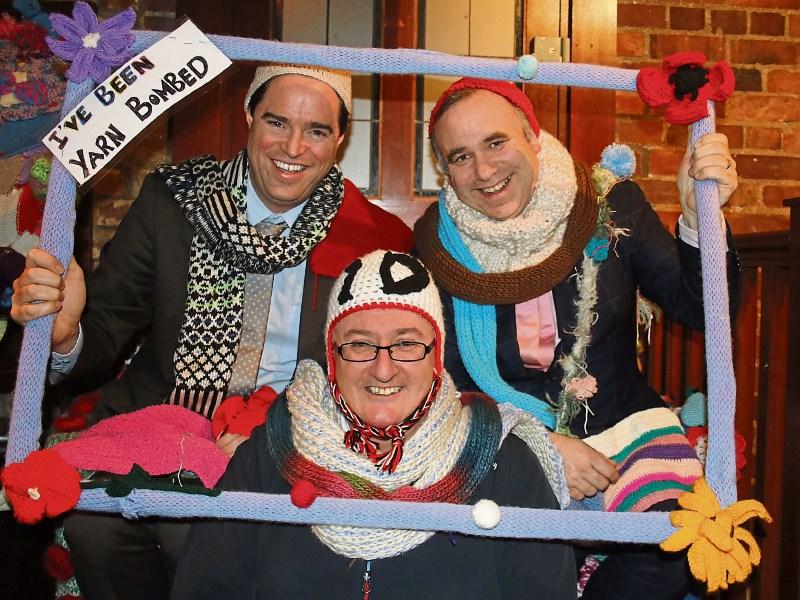 The trio of TD Martin Heydon and local councillors Murty Aspell and Mark Stafford were festooned with woolly hats, scarves and knitted blankets by the ladies from ICA branches in Newbridge and Athgarvan.

It’s not the first time these ‘yarn bombers’ have struck – they decorated the trees of the Liffey Linear Park with brightly coloured knits during JuneFest last summer, and they plan on doing it all over again this year.

The politicians gamely agreed to be ‘bombed’ during the first meeting in preparation for this year’s event, which took place in the Newbridge pub yesterday evening, Thursday January 26.

“Once again this June the Kildare Yarn Bombers will bring colour to Newbridge as part of JuneFest,” said organiser Annie Morris of the Kildare ICA Federation. If you want to get involved, check out the Yarn Bomb 2017 Facebook page. 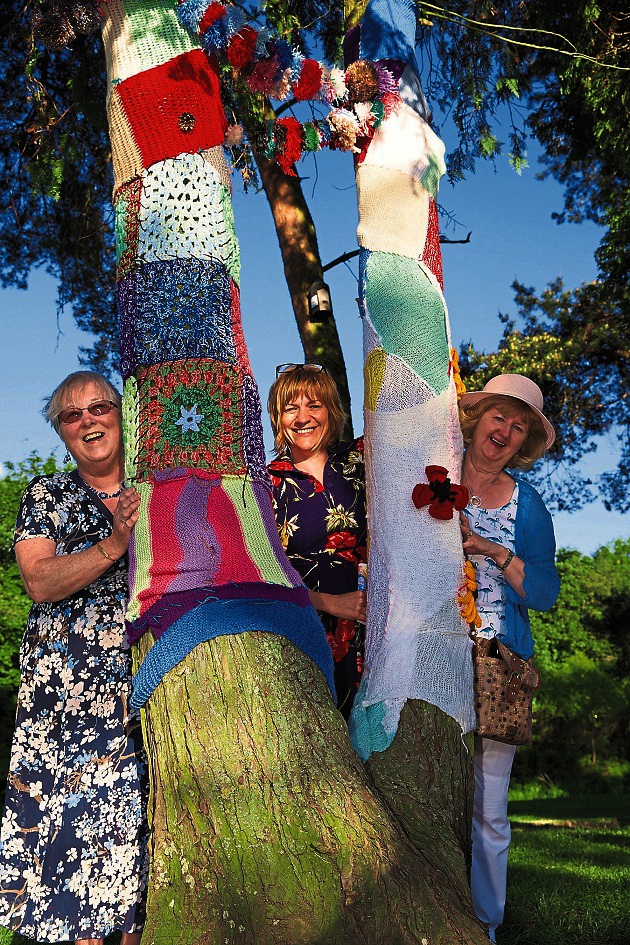