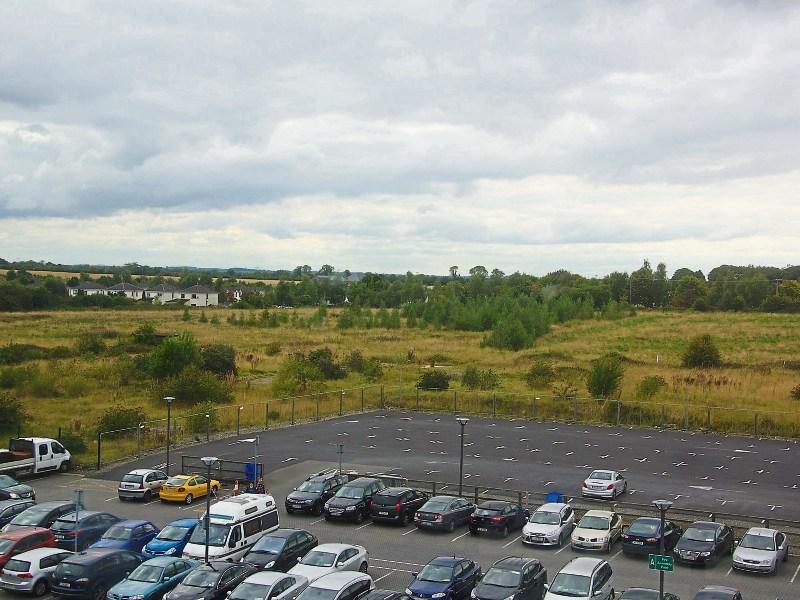 Undeveloped land near Aras Chill Dara which is earmarked for housing

So there is no smoking gun; no stockpile of houses being held back by Kildare County Council as the clamour over the dearth of accommodation grows ever louder.

One of the criticisms
levelled at KCC is that it has houses just about everywhere that are boarded up and could be allocated to one of the thousands waiting to be housed.

Unless you’ve been away for quite a bit with no access to media you’ll be all too aware we are living through what’s become known as a housing crisis.

Not only has homelessness become a problem
outside of urban centres but because not all us want to live in a one bedroom apartment in Strokestown,
people cannot afford to buy a property.

Rent has become
expensive too.

Kildare County council has 3,650 houses on its ledger. If all of those homes emptied tomorrow it mightn’t be enough to solve the problem because there are 5,572 people waiting to be housed — or that’s the number of households
identified by the Housing Agency as being in need of social housing support in
Co Kildare.

If Fine Gael and Labour are weak on social housing Sinn Fein are strong on it. Certainly they are good at making the powers that be feel uncomfortable about their record whether it be Fine Gael/Labour or the Fine Gael/ Hot Potch arrangement we have right now.

There were just 53 dwellings empty (up to the end of 2015, the latest figures available) and a mere three are unavailable to be let. What this means is that KCC’s
record of using their housing stock is good.

It could do with more housing — but that’s a different matter. The argument that there are too many houses that could be rented out doesn’t stand up.

There are many reasons why the small number of 53 houses are empty. They may need work done or may need to be checked if the work has been done.

In many cases it’s not just a question of handing over the keys; the premises has to be habitable.

Then Naas Sinn Fein councillor Sorcha O’Neill said KCC was offered 298 houses by NAMA but took up less than half that figure.

It sounds as if KCC is being picky but again there’s an explanation.

The houses declined were unsuitable for reasons including unsuitable location; unsuitability of the units for social housing purposes. In other cases the houses were located in areas where there is already ample social housing.

It also has land available for the development of social housing which has not yet been developed, some of which cost quite a lot of money.

In 2001 the then Naas Town Council acquired almost 12 acres of land beside Aras Chill Dara off Newbridge road, Naas.

This was done at a time when property prices were increasing at a dramatic rate as was development land.

In hindsight, the land cost too much money but that’s easily said now.

If there is land available for social housing it should be developed. For too long the State has relied on the private sector to build houses while it neglected its responsibility and this partly contributed to the shortage we have today. And while a grand house building scheme has been announced by the Government, progress is painfully slow.