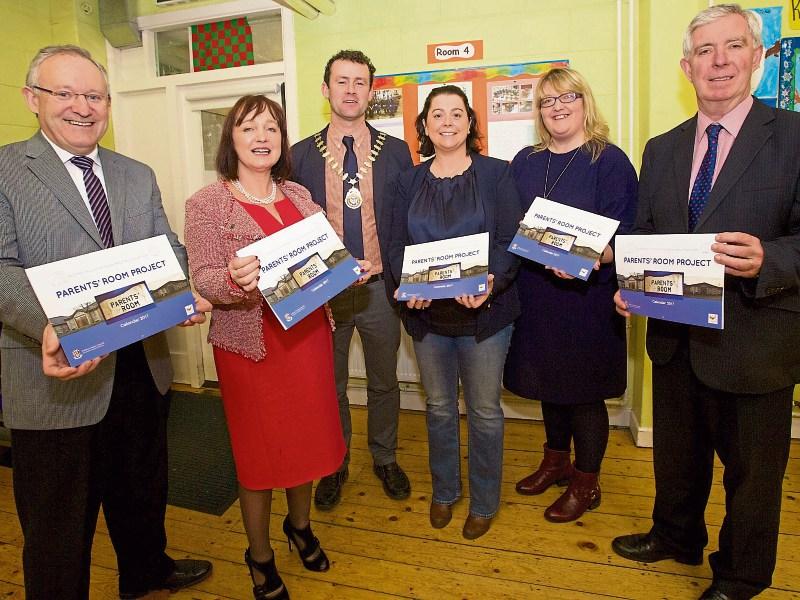 A special calendar was launched at Scoil Mhuire in Newbridge this morning by the Mayor of Kildare to showcase the wonderful artwork of the parents.

Through the HSCL programme, teachers Aisling Browne and Jenny Gannon drew attention to the superb group of parents and staff, who are committed to the pupils’ education and well-being.

Aisling explained how samples of the parents’ artwork have been incorporated into the 2017 calendar, with a positive affirmation added to each month.

The calendar was funded by Kildare County Council and will be available to every family in the school community.

Both Mr King and Mr O’Reilly thanked the HSCL team for their hard work and signaled their admiration for the parents in their endeavours.

Parent Fionnuala Farragher, (AKA Miss October) spoke about the project and emphasised the importance of the 'Parent’s Room'. She said she “didn’t know a sinner” when her child started school in Scoil Mhuire but she soon made many friends.

“It’s a wonderful opportunity for parents. We went up to the Dail with Fiona (Dep O’Loughlin). We have done aqua aerobics in The Gables, pottery, arts and crafts classes, and water colour painting.”

“Even to just to go in and put on the kettle, sit down and have a cuppa and a chat. I would be lost without the 'Parents Room',” she said.

Aisling and Jenny described how the “Parents’ Room is a warm, welcoming and inviting space that enables parents to meet, chat, and pursue their own interests through the wide range of courses.

Mayor Keatley said this initiative was fantastic. He said he had attended many official launches and events in his capacity as Mayor over the past six months, and it was occasions like this which made him proud to be the first citizen of the county.

"It's a great priviledge for me to be here this morning," he said.

Dep O’Loughlin, a former teacher at Scoil Mhuire, said she was always delighted to come back to visit the school. She complimented all involved with the calendar and said it would take pride of place on the wall in her office. The TD also highlighted the importance of schools in communities. 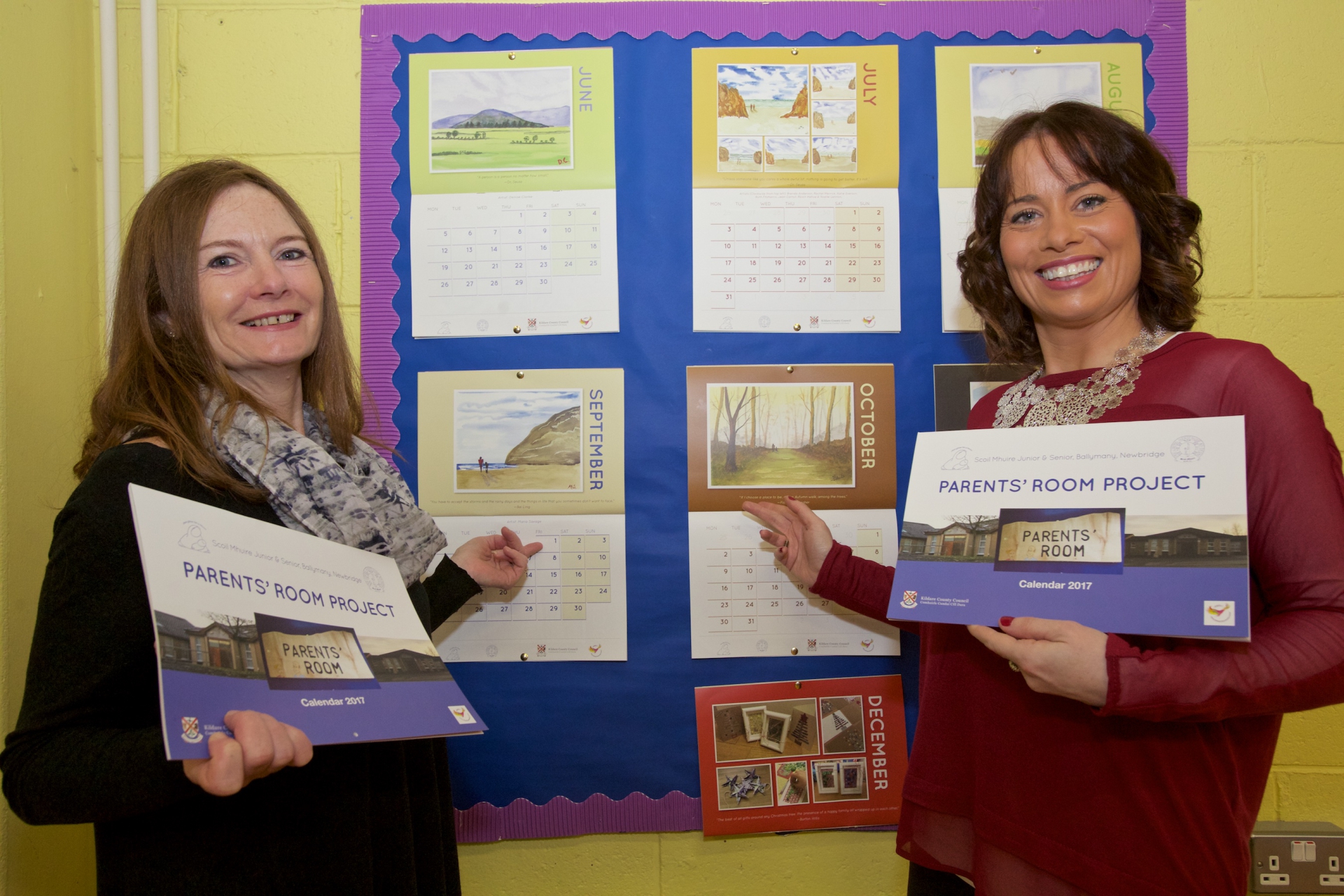