Dancing With The Stars 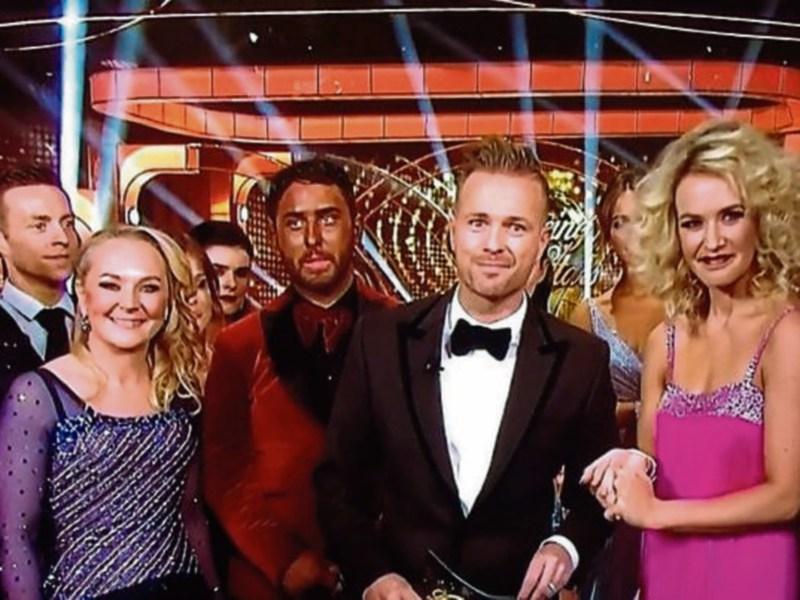 We've had the Moriarty Tribunal, the Mahon Tribunal, bank enquiries, but the latest question to consume the Irish nation is “What happened to Hughie Maughan's tan?”

Twitter went mental when the second Dancing With The Stars show aired at 6.30pm yesterday evening with Maughan sporting a very dark tan.

Owner of Spin Activity Centre in Newbridge, DWTS judge Brian Redmond got to see the bronzed dancer in real life. Although, he wasn't competing last night, Hughie did take part in the group dance. When asked about Hughie's tan, Brian acknowledged the commentary had been all over Twitter. He said he didn't know how Hughie had gotten his tan so dark.

“It was a bit of a shame the whole thing slightly overshadowed the girls' performances. They put in some good performances and overall the level was higher than the men, although Dayl is still top of the leader board,” said Brian.

The former Irish ballroom dancing champion pointed out the girls had an extra week to practice their first dance, however he said things would even out because the men had two weeks to prepare for next week's performance.

Meanwhile, speaking to Ryan Tubridy this morning, Hughie said he had applied tan of his own after he had a spray tan. It then became patchy before they went on air after all the rehearsals under the lights, so he had foundation for an African skin applied to try to even the colour.

He said it was a genuine mistake and he was only trying to make a bad situation better. He said he didn't mind all the comments and jibes on social media and at least people were talking about the show.