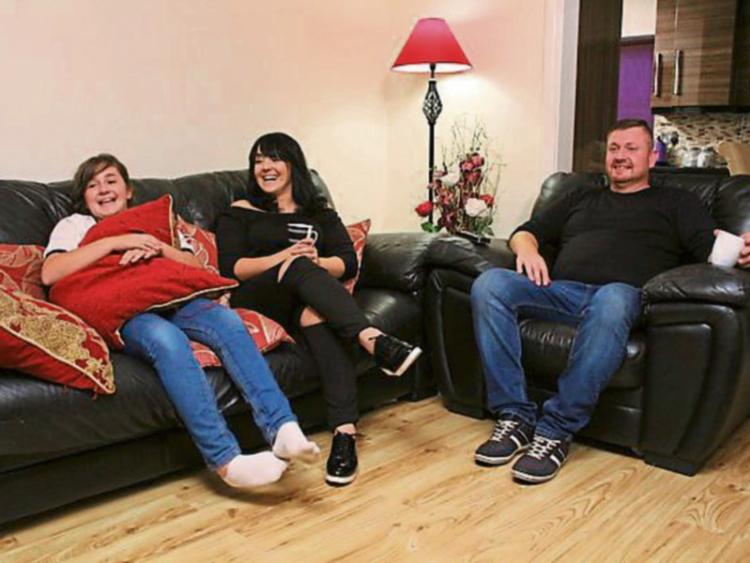 Danielle, Laura and Des Grufferty from Athy, who took part in the first Irish series of Gogglebox

The makers of popular TV3 show ‘Gogglebox’ are searching for Kildare participants for its next series.

According to the producers, they are especially seeking couples to take part in the next run of the show, where viewers are filmed watching and commenting on popular shows, often with hilarious results.

The Grufferty family, who hail from Athy, took part in the first Irish series of the show last autumn. ‘Gogglebox’ started life on Channel 4 and has made reality stars of its more high-profile participants in the UK.

Potential Goggleboxers must love watching television and have lots of opinions about the shows they watch.