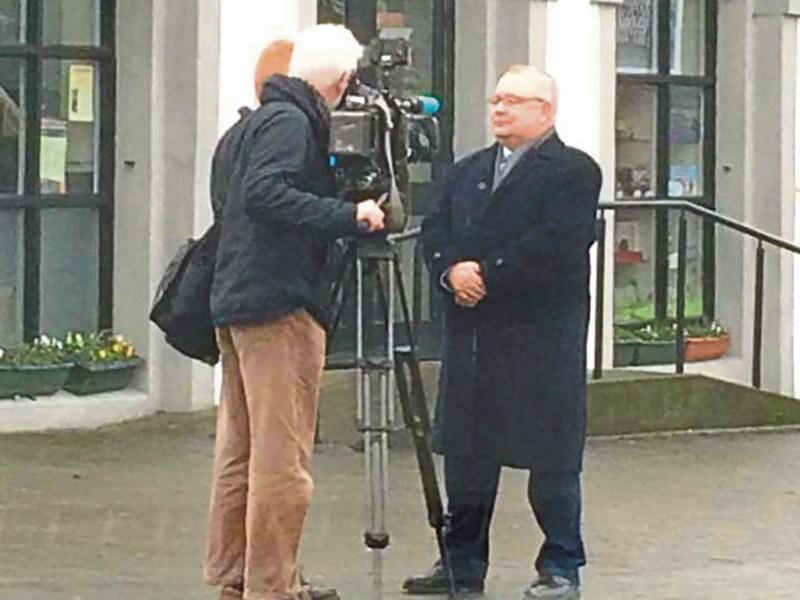 A Kildare politician is to meet Ibrahim Halawa in prison today on a visit to Egypt.

Ceann Comhairle, Sean O'Fearghail is leading a delegation to Egypt in a bid to secure the release of the 21 year-old from prison.

Speaking yesterday before he flew out to the middle east, O Fearghaíl said; “This is one of the largest diplomatic delegations we have sent out. Our purpose is two fold — to strengthen and develop relations with Egypt, the Egyptian parliament and government and, number two, to press for the immediate release of Ibrahim Halawa,” he said.

The visit was initially put forward by Dep Eamon Ryan, and the Ceann Comhairle was invited to lead the cross party delegation.

Plans were being formulated for the trip as far back as September, and the Ceann Comhairle said the Egyptian ambassador to Ireland, Soha Gendi has been hugely helpful in assisting with the arrangements.

On foot of these moves, an invitation was issued by the speaker of the Eygptian Parliament, Ali Abdel Aal.

The delegation is due back on Friday and it has a very busy itinerary including meetings with President Abdel Fattah el-Sisi, several government ministers and the secretary general of the Arab League.

“There is going to be a series of high powered meetings and we hope we can develop and build a positive relationship with Egypt,” he said.

Over three years ago, Mr Halawa was imprissioned in Egypt over political protests. His family in Dublin say they are worried about his health and claim he has gone on hunger strike for at least the third time since he was jailed.

They have been constantly campaigning for his release.

The Firhouse native is the son of Muslim cleric Sheikh Hussein Halawa. He was detained in a mosque near Ramses Square in Cairo as the Muslim Brotherhood held a “day of rage” over the removal of their elected president Mohamed Morsi in August 2013. He is awaiting trial, but his case has been frequently adjourned. The case has been scheduled to come up again in court on January 17.