Creche move will cut availability of places in Naas

Chronic undersupply of places for youngsters 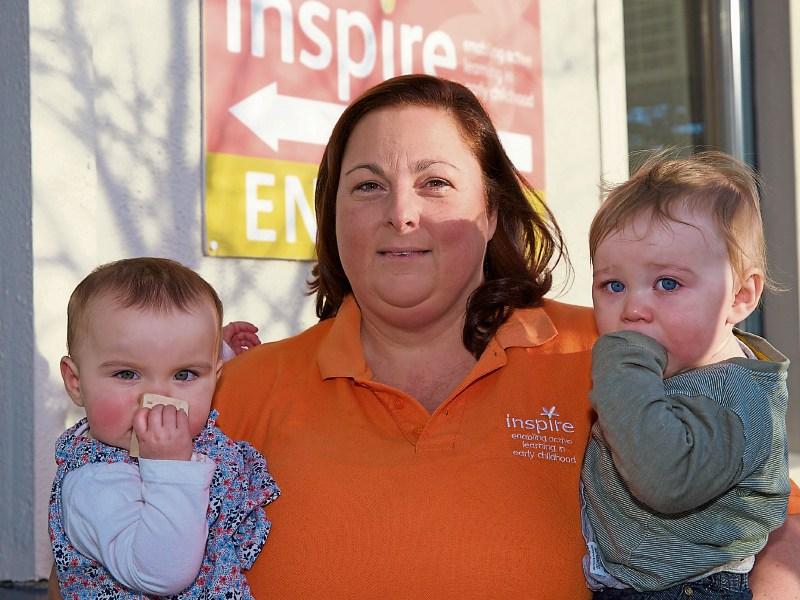 Nicola Erasmus with Conor and Aoife Nolan at Inspire Creche, Devoy Quarter, Naas, which is to relocate to another premises nearby

A shortage of creche places in Naas has been worsened by the relocation of a business in the town.

The Inspire Child Development Centre has been based at the Devoy Quarter, near the Osprey Hotel since 2013. However the leasing arrangement on the premises expired and the creche proprietor Nicola Erasmus was unable to secure a renewal in the subsequent tendering process because she was outbid.

“We acquired the business in 2013 and while we sought an extension to the lease this didn’t happen until we were told the lease would expire,” said Ms Erasmus.

The end the premises will be re-let to an alternative enterprise.

Since then she has looked at securing alternative premises but none were available or entirely suitable.

But the good news is that Inspire will now relocate to a building at Newbridge Road, Naas, with an tentative reopening date of January 9. Nevertheless it’s a smaller premises and so will be able to accommodate fewer children.

“At the moment we have 42 children with a waiting list of ten children and five babies.

We have a staff of nine. However the new premises will only be able to accommodate 20 children aged from three years up. We used to be able to accommodate babies and there is a big shortage of places, especially for babies.” She said Devoy Quarter was an ideal location with more than adequate parking. “There is a clear shortage of spaces in Naas and this is set to grow.”

Officially there is a shortage of 290 places for children aged 3.5 to 5 years in Naas