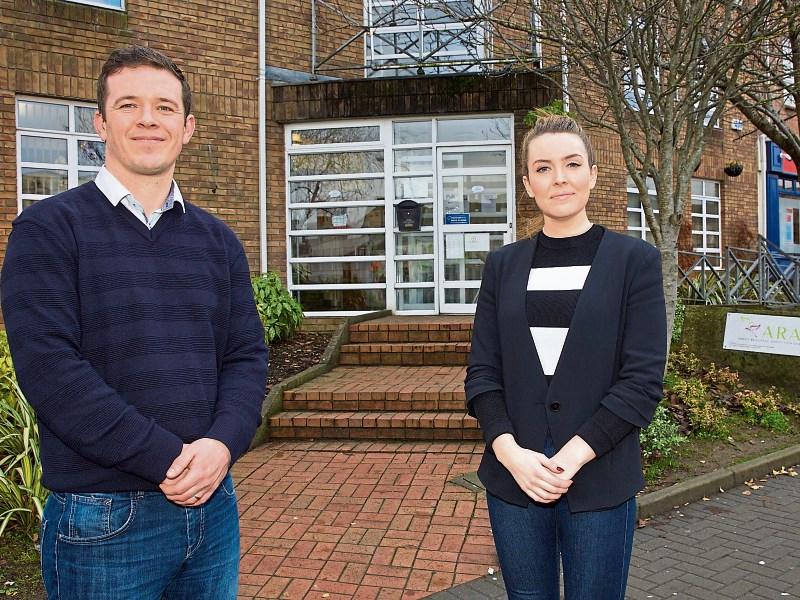 Peter (not his real name) has a son and partner. She will only take him back if he embarks on a methadone programme. He desperately wants help.

He rings Abbey Regional Addiction Services (ARAS) in Newbridge every day to see if there are any places available. Every day for the past 20 months, the answer has been “No”.

With just a handful of GPs operating methadone programmes in the Kildare/West Wicklow region, places are limited and Peter has to wait for a place in Dublin.

With a four to six month wait just to be assessed for addiction treatment in general in Newbridge, extra funding is vital to reach out to those who desperately need it.

At present the waiting list for Celbridge is four weeks.

Team Leader, Niamh Tormey points out another service user with TB and other health complications, had to wait 16 months to get on a methadone programme.

She explains that when people look for help, they are often at crisis point and it can be crushing to be told they have to wait to be assessed before an individual care plan can be drawn up.

To further compound delays, there is no aftercare programme in Kildare/West Wicklow for people who have overcome addiction, while Tallaght and Crumlin have their own 24/7 services.

Another drawback is the fact that Newbridge only has four hours for the needle exchange programme each week, while Tallaght, for example, has a full-time service.

“The fact is, if you live in Kildare, it's harder to access services. If you live in Dublin, you can access treatment services. That's the reality. It makes a huge difference where your address is,” points out Mr Gilson.

Case workers in both centres are at full capacity.

Despite these drawbacks, the centres have helped countless people by running evidence-based programmes, tailor made to suit each service user, and driven by the individual’s own wishes.

While people are waiting to be assessed, ARAS keeps in touch with them. People can also attend the drop in services in Newbridge and Celbridge.

It may seem like an insurmountable battle, but there are good outcomes, good news, and rays of hope.

Paula Forgarty and Joseph say they would not be free of their addictions if it were not for ARAS.

Paula was just 14 years old when she became addicted to heroin.

Joseph battled with an alcohol and subsequently a Benzodiazepine addiction.

To say that both of them have gone through tough times is a monumental understatement. Paula lost her sister at the age of 29.

Joseph became homeless at one point, and with the help of ARAS, he managed to gain accommodation, and secure a full-time job.

However, when she became seriously ill, she was prescribed painkillers, which she then became dependent on.

“When I was on heroin, people knew it, they could see it, but when I was taking painkillers, I was leading a normal life.

“I was holding down a full time job, but when you are taking a substance, you are just existing. People take drugs to cope with life. It’s hard,” she says.

Joseph explains how he went in and out of Rehab over the years and was prescribed Benzodiazepine to help beat his problem, but that only made things worse. However, things have taken a turn for the better since he got in touch with ARAS in 2010.

He talks about what it’s like when you are dependent on a substance.

Both are full of praise for ARAS and are eager to help others.

Joseph points out he has declined to give his full name for the interview to highlight the fact that the service is 100 per cent confidential.

“You can walk in here. You will get a warm welcome from everyone. Nobody is judging you,” he says.

“The times I have stopped using ARAS are the times that I have returned to addiction. They are unbiased in the way they help me. I really don’t know what would have happened to me without them.”

When Joseph was homeless, they put him in touch with Kildare County Council’s homeless service, they helped him with transport to Rehab, assisted his return to work and scheduled appointments for his day off.

Both Paula and Joseph have taken part in the successful pilot programme, SMART (Self Management and Recovery Tools), which is supported by the HSE.

Niamh explains how the progamme works by sustaining the changes the service users have made, looking at things like coping mechanisms, coping with urges, and building confidence.

The eight-week skills programme was developed in the USA over 20 years ago — a sharp contrast to the confrontational hard line intervention approach heralded back in the 80s — something which Paula and Joseph say doesn’t work.

“Through ARAS, I got my life back, there was no judgement.

“They gave me the skills to cope. Everybody is different and you have your own one on one key worker,” says Paula.

Joseph highlights how ARAS caters for everyone, from those contemplating giving up, to those trying to reduce their use, or for those who have slipped back into addiction. Both are hugely grateful to their key workers, Shane and Paddy.

Mr Gilson also points out that people living in outlying towns such as Suncroft, Rathangan, Kildare town or Monasterevin do not have adequate public transport to get to the centre.

He said bus or train times often don’t suit people, who are working, or those who have to dash back home to collect kids from school.

Access is also a huge issue highlighted by Joseph.

He points out life isn’t limited to the opening hours of 9am to 6pm and things can often take a turn for the worse for people out of hours, but the service is closed.

Mr Gilson points out government resources for addiction are unevenly biased towards Dublin because people perceive it has the biggest problem.

He points out 49 per cent of drug related deaths came from outside Dublin according to the Health Research Board report in 2014, while two people die every day in Ireland due to substance abuse.

At present up to 200 people from Kildare have to travel to Dublin to access methadone programmes.

In their endeavours, ARAS liase with the HSE and the South Western Regional Drugs and Alcohol Task Force.

Despite not having an aftercare group, ARAS runs a recovery support group as well as a group for families affected by substance abuse, alternative therapies, Reduce the Use programme, Recover Me programme and addiction counseling.

Mr Gilson is hugely grateful to the local community for its support.

Dunnes Stores sponsor the annual Christmas party for the service users, their families and children, along with The Lions Club.

“This is hugely important because many families may not be able to afford to bring their kids to see Santa and we get them a decent present and make a special day of it,” says Tommy.

Newbridge Silverware sponsors the annual awards night, which recognises the achievements of the service users, while two fundraisers were recently organised by Titan Fit, Naas .

Adobe Systems Ireland has also come on board to fund a brand new course for service users in recovery. Both Joseph and Paula have enrolled in the Community Addiction Studies Course QQQ I Level 5 along with 23 other participants to learn about the nature of addiction.

“This is a huge part of my recovery because it will give me a better understanding of addiction,” adds Joseph.

Both Joseph and Paula hope to go on to third level and help other people who are struggling with similar problems. There are currently 120 individuals receiving treatment with ARAS, which is funded by the HSE. Tommy points out there were over 700 drug related deaths in 2014 compared to 194 road deaths in the same year, and 160 in 2015, yet far more money was spent on road safety than addiction services.

Joseph feels the government should be doing more.

“People are dying while they are waiting for treatment. I genuinely feel like the HSE don’t care,” he says.