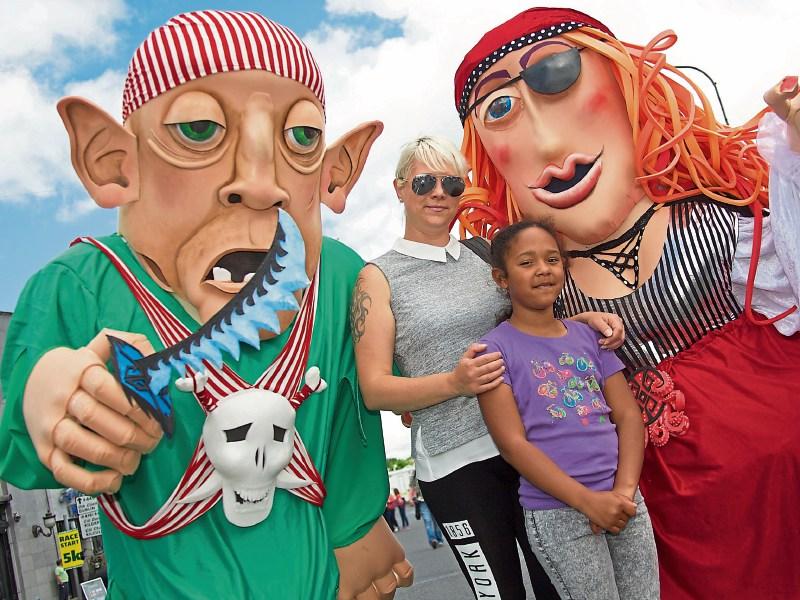 It’s official. The organisers of June Fest have pledged there will be a festival in Newbridge in 2017, with plans being developed for the next three to five years.

Committee chairman, Noel Heavey reports; “Almost six months have passed since the Town Hall Proms – the final gig in June Fest 2016. Since then, we have looked back at our achievements and agreed they are worth repeating.

“We have come together again, elected the officers, adopted a robust constitution and started planning for the next three to five years. It is an ambitious project that will depend on you, your friends, your family and your neighbours. June Fest is indeed a celebration of all that is good in our community.”

He said strategic planning will secure the future of the Newbridge festival.

“This involves leadership, compliance, governance, commitment, creativity, trust, passion, and lots of money. Since our AGM in early November, a machine has been set in motion that will deliver a series of festivals that will be the envy of every town in Ireland,” he added.

“The machine has departed and very soon you will be called upon to grease the wheels, fuel the fire and man the crossings. I am happy to confirm that Declan Brown, Colm Somers and myself were elected as officers of June Fest at the AGM. In the meantime,  we have been meeting weekly to develop a strategy to secure the future of the Festival.”

Mr Heavey said the committee has arranged meetings next month with current and potential partners to plan for 2017, 18, and 19.

Thousands of people flocked to Newbridge for this year's festival with a huge variety of events organised including the Family Fun Day and street carnival, which was sponsored by Supervalu. Over 5,000 people alone visited Newbridge garda station for the open day. Concerts, artistic, cultural and heritage events also attracted huge interest. The ICA Yarn Bomb display at the Strand also received huge positive feedback.