Fight for new school goes on 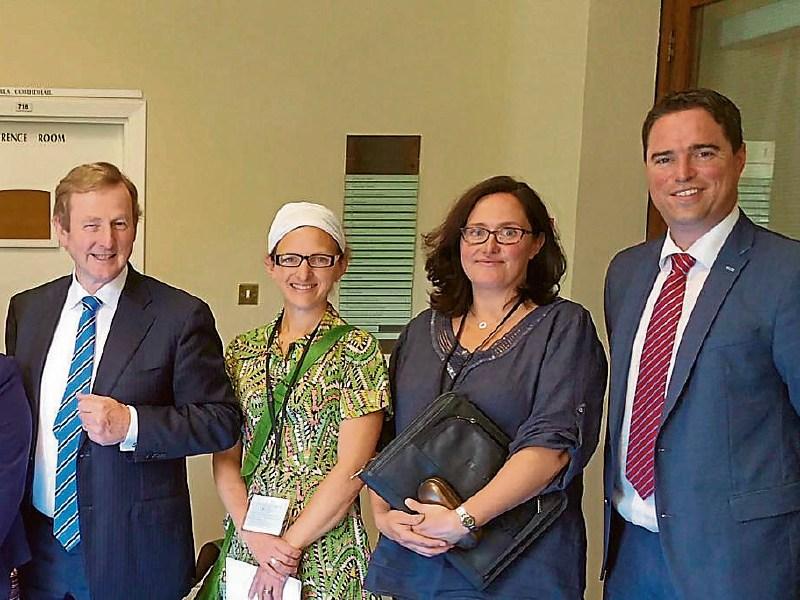 Campaigners for a new second level Educate Together school are to meet with the Kildare West Wicklow Education Training Board (ETB) in early January in a bid to progress their aims.

Dep Martin Heydon said he has arranged the meeting to discuss school projects in Kildare South.

“I continue to support the campaign for a new secondary school for Kildare South. The South Kildare Educate Together (SKET) campaign group have been very active and constructive in trying to advance the case for a new school, gathering support from concerned parents and meeting local political representatives, Minister Richard Bruton and An Taoiseach,” he said.

“At the meeting with Minister Bruton, he asked if the group had met with the local ETB to discuss possible synergies with them and arising from that I have organised a meeting between the campaign group and KWETB to be attended by Kildare South TDs in early January.”

Dep Heydon said he recently reasserted the pressure for choice of secondary school places in South Kildare to the Minister while speaking in the Dail on the Education (Schools Admissions) Bill 2016.

“The Minister is very aware from recent meetings and representations of the pressure for secondary school places in South Kildare, particularly in the Newbridge area. I took this opportunity to again highlight the concerns of parents who have contacted me with real fears for the future schooling of their children,” he added.

He explained that officials from the Department have argued that future demand can be met from existing schools and planned extensions, but there is concern this may not be the case.

“Planned extensions for Patrician Secondary School, Newbridge, CPC Kilcullen and Athy Community College need to be advanced as soon as possible to take pressure off these schools,” he said.

Dep Heydon pointed out the Schools Admissions Bill is being dealt with at Committee stage this week. It deals with enrolment policies and will among other things prohibit the charging of fees for those waiting for a place or trying to get into a new school.

“South Kildare has one of the fastest growing and youngest populations in the Country and I have asked the Minister to ensure that the Department closely monitor the changing demographics in the area to ensure that there is adequate capacity at secondary school level for our growing population in the coming years,” he concluded.

SKET has pointed out the Department's calculations take account of Newbridge College places, which are not accessible to the general public, as it is a fee paying school. The group also argues that other factors such as projected population growth is not being taken into consideration.

It recently expressed concerns about the lack of special needs education classes at second level for Newbridge and Kildare town.

In response, the Department said there are 942 students with ASD attending schools in Co. Kildare, with 520 students attending mainstream schools and accessing in-school supports including Resource teaching and SNA support.

"The NCSE (The National Council for Special Education) has indicated that it is satisfied there are currently sufficient ASD special class placements available to meet demand in Kildare. However both the Department and the NCSE recognise that there has been challenges in opening special classes in some post primary schools in Kildare," she said.

"The NCSE has indicated that, in general, this is related to the availability of accommodation in these schools. The Departments Building Unit has advised that Special Needs units (SNUs) are currently under construction at St Conleth's Vocational School, Newbridge and Ard Scoil na Trionoide, Athy."