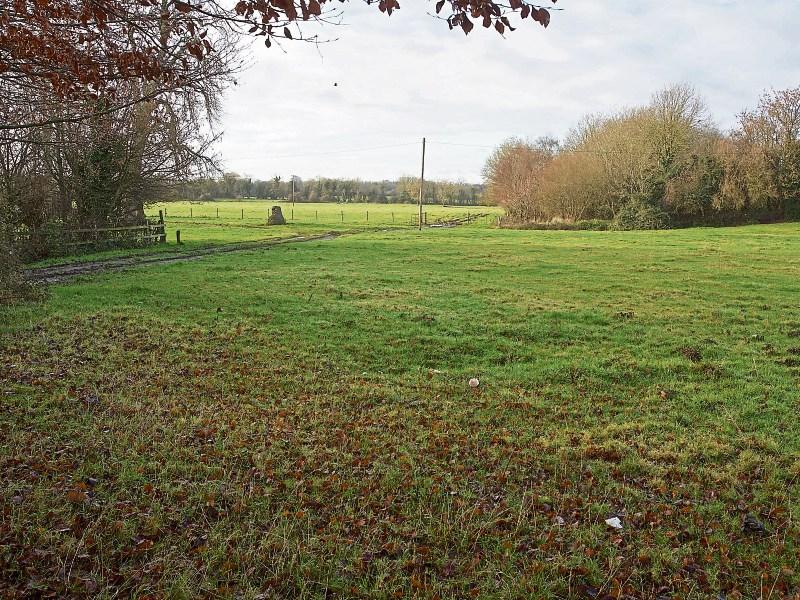 The long wait for amenity land in Sallins is at end.

Although much residential accommodation has been provided in the town, there has been a dearth of amenities for the town’s population.

Sallins Community Council and local people, some represented by the Concerned Residents of Sallins have been campaigning for sports and recreational development.

Now Kildare County Council has bought 48 acres of land, which is bordered on two sides by the Grand Canal and is situated on the Western side of Sallins, between it and the River Liffey .

There will be a link road from the yet-to-be-built bypass of Sallins to the land near the site of the existing Lidl outlet.

A total of 33 acres of land will be made available for amenity uses but it is now yet known how it will be sub-divided.

Kildare County Council says the next step will be to “engage with the community of Sallins to inform the master planning for these lands and match the land use to the needs of the community to the fullest extent possible.”

Mr Carpenter added: “This has been a protracted process. The SCC made its first submission in August 2015 and there were four public meetings, all of them packing the venues as well as meetings with groups and clubs.”

He said KCC received 2,158 submissions from local people about the need for amenity land.

He added that while the Naas Municipal District councillors supported the land purchase, they initially supported the original plan which would have meant more development (on the Clane Road) and also led to the rezoning of the existing Sallins GAA land.

“Ultimately the people of Sallins are the ones who have ensured the GAA grounds have been retained as open space for generations to come and that 33 acres of community land has been secured in the heart of the town “for all types of community and recreational activities.”

Fianna Fail TD James Lawless said he has been campaigning for this over the past decade adding, “I remember going door to door collecting signatures for this in 2008. It’s exactly what is needed in Sallins.” He said the land will be developed for both indoor and outdoor use.