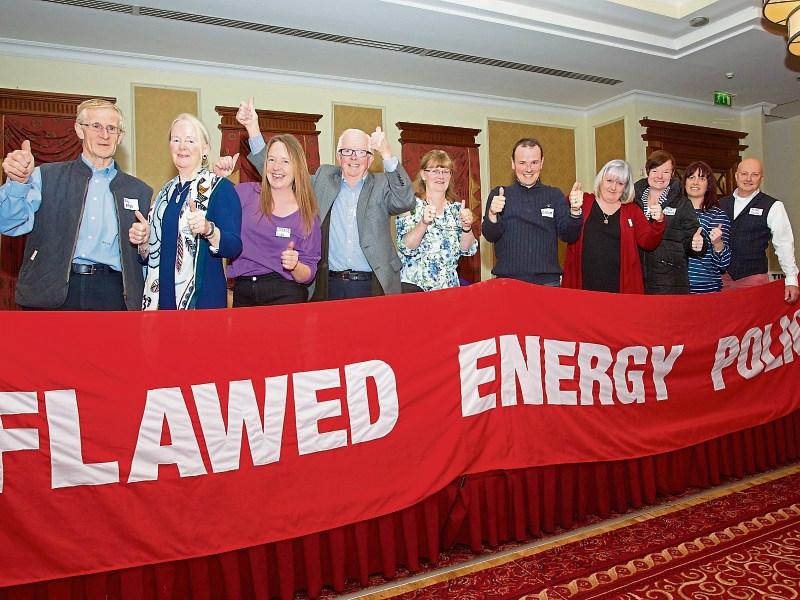 Kildare anti-wind farm campaigners have welcomed news that the government has been forced to embark on a massive public consultation drive before it produces the long awaited wind energy guidelines.

The move comes after a European ruling in Belgium.

“We have been saying it all along. The government must produce a Strategic Environmental Assessment (SEA). It was always its obligation, but it has been ignoring it,” said Sheila O'Brien of Kildare Environmental Awareness Group (KEAG).

In the absence of up to date wind energy guidelines, An Bord Pleanála has been making decisions on wind farms all over the country including Kildare. The existing outdated guidelines sets no setback distance for homes from turbines.

Earlier this year, the board refused permission for the Maighne Wind Farm - a 47 turbine facility proposed for the West side of Kildare stretching up over the Meath border.

The board noted the lack of up to date guidelines in its decision.

Another development, which could have implications for residents fighting wind farms, is a landmark High Court case.

The Irish Examiner reported that a number of families in Cork, who were forced to leave their homes because of noise from a nearby wind farm, have taken a case against the turbine manufacturer. This is the first action of its kind in the country, and is due back in court in January. It may pave the way for other residents.

“I hope county Kildare residents will never be subjected to this. We have been calling for years for protection from our public representatives and government. Now perhaps they will listen so that communities will not have to spend thousands of euros protecting their homes at a great financial loss to businesses in rural Ireland,” added Ms O'Brien.

Speaking in the Dail last Thursday, Minister Simon Coveney said both he and Minster Naughton may be in a position to bring something to Cabinet this week.

“If we do, a judgment of the Court of Justice of the European Union now requires that we undertake an environmental impact assessment of any new guidelines, which will involve some consultation early next year.

“It will, therefore, be a few months before new guidelines are settled and agreed because we are required to go through a process that had not been anticipated. However, getting a draft agreed that can then be subject to environmental impact assessment is a priority for us.”