Historical documents with Kildare links up for auction 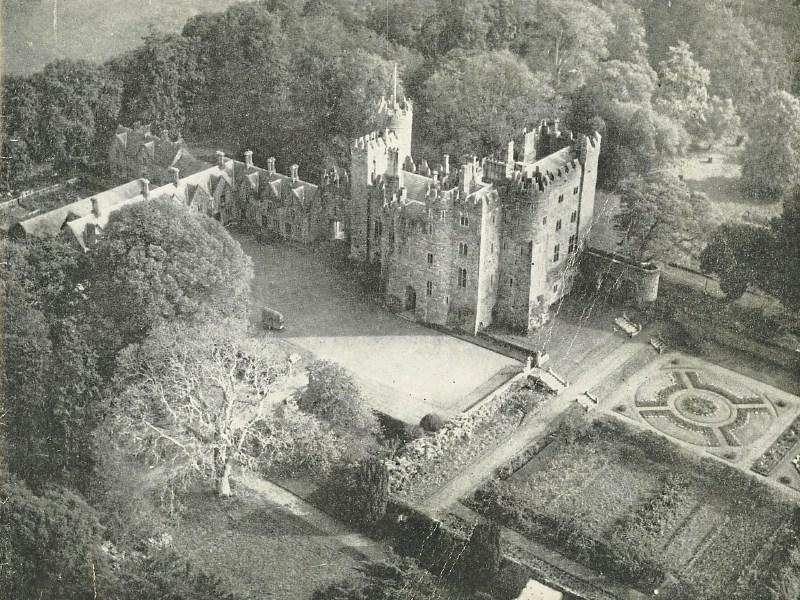 A view of Kilkea Castle from the 1965 catalogue

Some historical documents with Kildare connections will be up for auction in this month.

They are part of a sale of over 800 lots which will include  rare books, literature, manuscripts, maps and works of art.

Among the Kildare offerings is a rare catalogue for the 1965 sale of Kilkea Castle. The 54-page sales brochure includes some rare photos of its grounds and rooms in the castle, and a history of the building by Rev Fr Peadar MacSuibhne. It is expected to fetch at least €280. 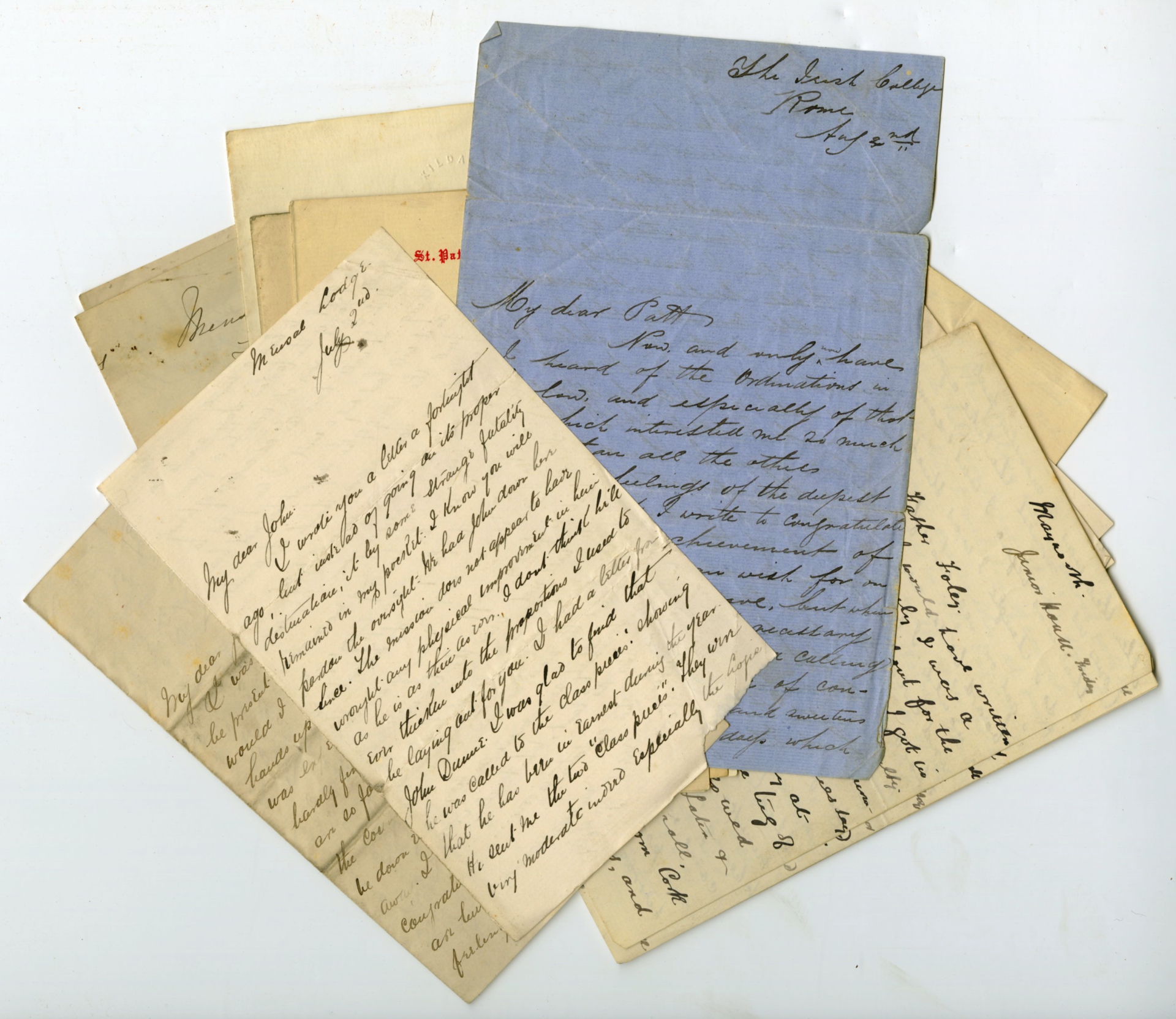 A file of 15 letters written by the former Bishop of Kildare and Leighlin, Rev Patrick Foley, between 1880 and 1881 is estimated at between €300 and €400. His correspondence describes student life in St Patrick’s College, Carlow, ordinations, land league activities and parish life. One of his correspondants was the Rev James B Kavanagh, a former president of the college but then a parish priest of Kildare, who was killed in 1886 when a statue fell on him while he was saying Mass. 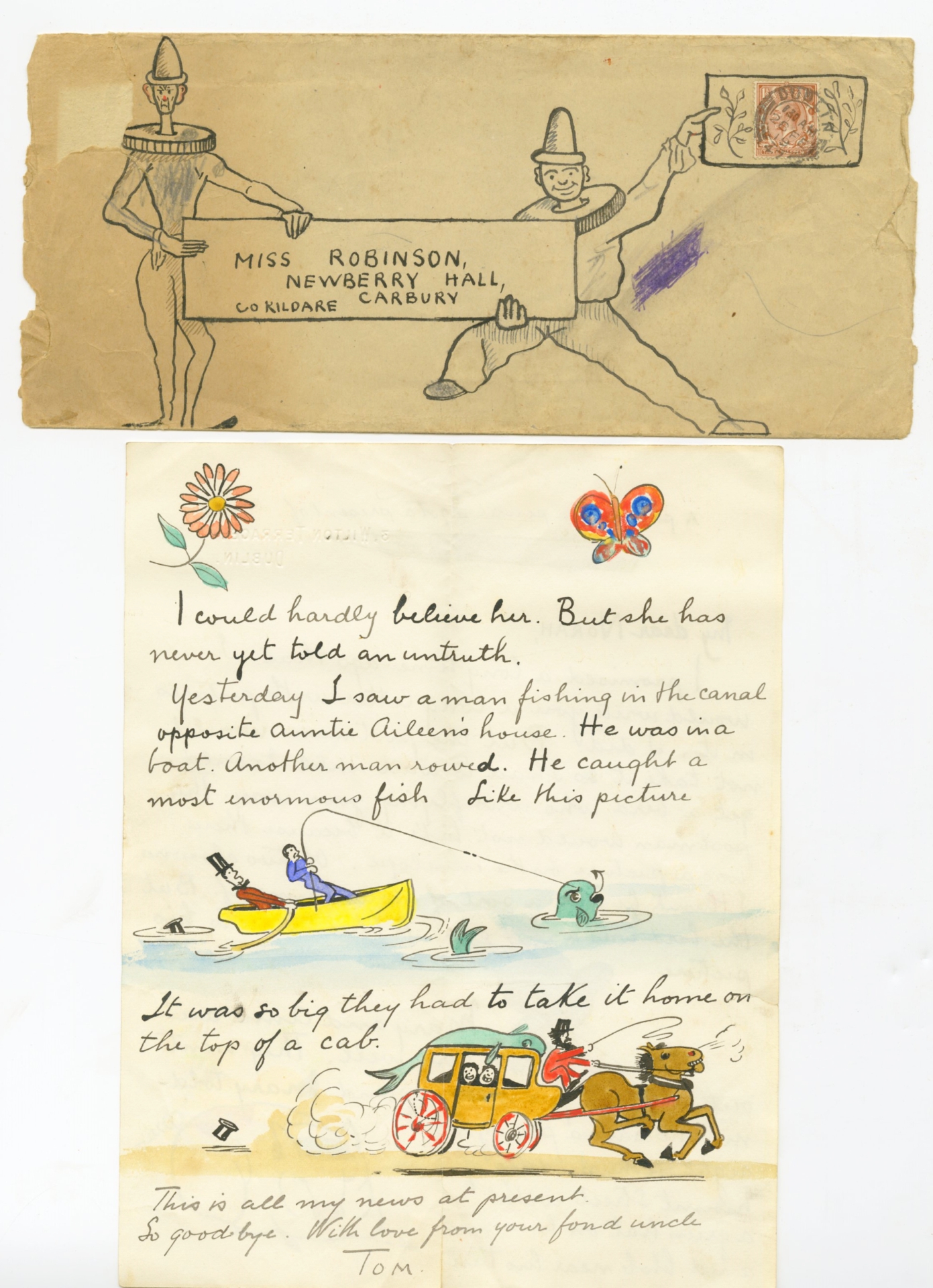 The letter to Norah Robinson of Carbury

A 1919 letter from Thomas Bodkin, former Director of the National Gallery and friend of Jack Yeats, to his niece Norah Robinson of Newberry Hall in Carbury, is estimated at between €500 and €700. The illustrated missive is full of tall takes and hand-coloured drawings, including a pig wearing a green hat and a fisherman catching an enormous fish. 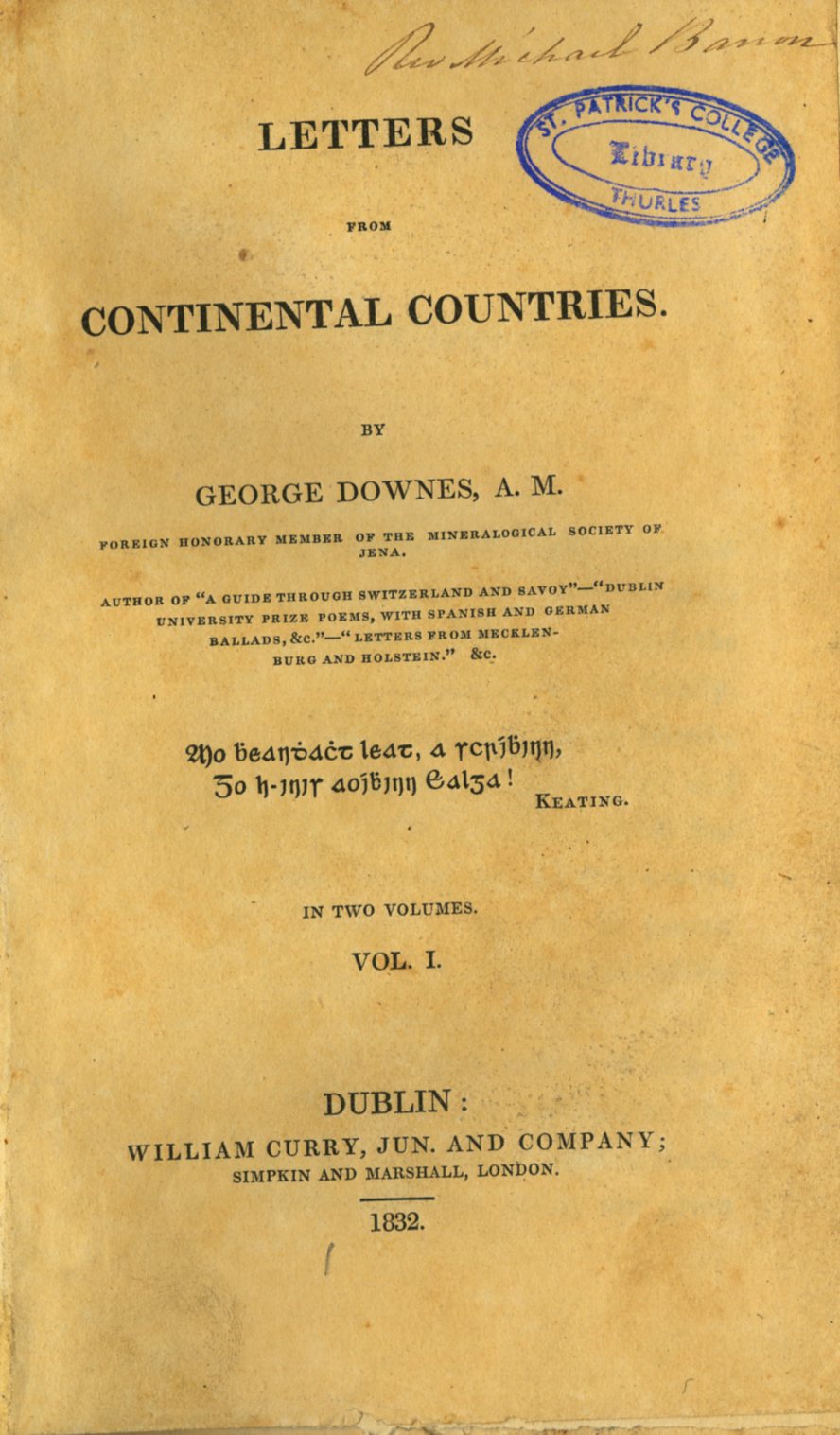 Two 1832 First Edition volumes of ‘Letters from Continental Countries’ by George Downes of Ballitore is expected to sell for over €220. Intrepid traveller Mr Downes was also the author of ‘A Guide Through Switzerland and Savoy’ and ‘Letters from Mecklenburg and Holstein’.

The Fonsie Mealy Auctioneers Christmas Sale will be held at the Gresham Hotel on Tuesday, December 13, from 10.15am.