Newbridge Christmas tree lights to be turned on this Sunday

Dedicated to the late Cllr Crowley 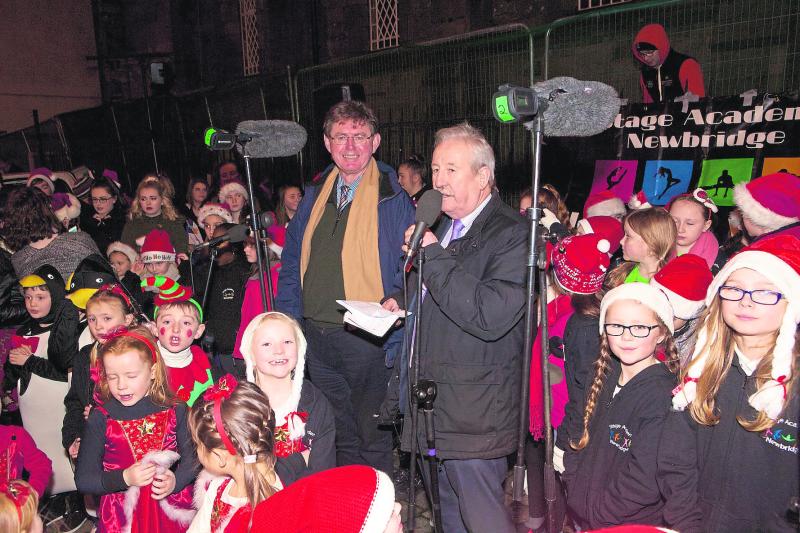 The Newbridge Christmas tree lights will be switched on this Sunday, December 4 at 4.30pm with the arrival of Santa Claus and a special dedication to the late Cllr Willie Crowley.

“The idea of planting a permanent Christmas tree was initiated by the late Councillor Willie Crowley, who was chairman of Newbridge Christmas Lights Committee. It was decided by the committee that the tree should be dedicated to Willie as a gesture to his memory, because it was his drive and energy that made last year’s winter lights such a success. With this in mind his wife Claire Doyle has been asked to switch on the Christmas tree lights this year,” said the committee.

The group thanked everyone for their support in creating the Winter Lights Sensation, which is a tremendous success and has exceeded everyone’s expectations and “helped make Newbridge (the commercial heart of Co Kildare) a must see destination.”

The small, dedicated committee consists of Joe Kelly (Chairman), Yvonne Foley, Paul Matthews, Fiona O'Loughlin TD and Cllr Morgan McCabe. The tree, which is outside the Town Hall, will feature thousands of lights with the new addition of an illuminated star on top. The tree lighting ceremony will feature the arrival of special guest Santa with the assistance of Newbridge Fire Brigade. There will also be entertainment provided by the Gospel Choir, Leah Moran School of Dance and Stage Academy. Sound and lots of seasonal music will be provided by Miley Wickham.