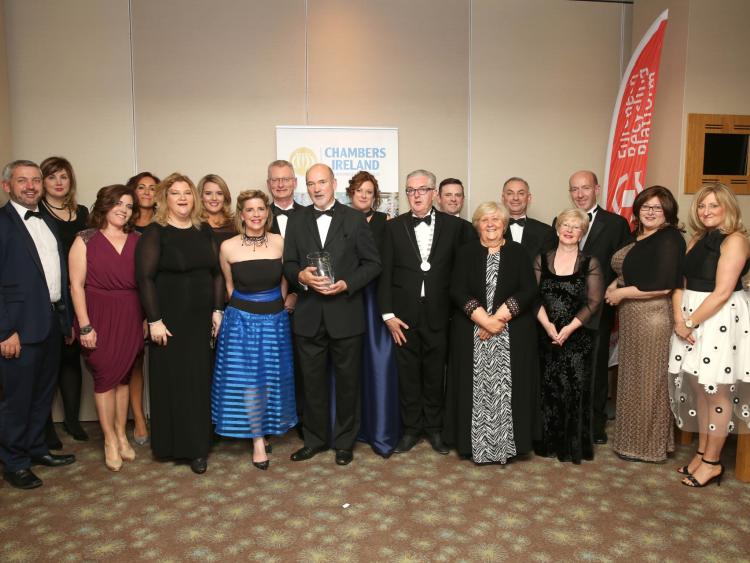 A project by a collective of south Kildare artists, which commemorated the 1916 Rising, scooped a top prize at a national awards ceremony on Thursday.

The 1916 Sackville Street art project won the Sustaining the Arts Awards at the Chambers Ireland Excellence in Local Government awards. The ceremony recognises the best of local government projects across the county.

The project was led by ceramic artist Ciara O’Keeffe from Athy with artist colleagues Maggie Owens, Aisling Moran and Sharon Harris Byrne from Killeen and Miriam Griffin from Maganey. It was supported by Kildare County Council’s Arts Office, whose involvement was recognised with the award.

Volunteers across the country created model houses for the innocent civilian victims of the 1916 Rising. After its initial display in Dublin, where it was part of the formal Easter commemorations, 1916 Sackville Street was displayed in May at the newly-refurbished Newbridge Town Hall.

North Kildare Chamber were the nominating Chamber for Kildare County Council.  Vivian Cummins, President of the Chamber said: “I  congratulate Kildare County Council and the team in the council who made the 1916 Sackville Street Project such a great success and which went on to gain national recognition and was a particular favourite with the Irish public.”