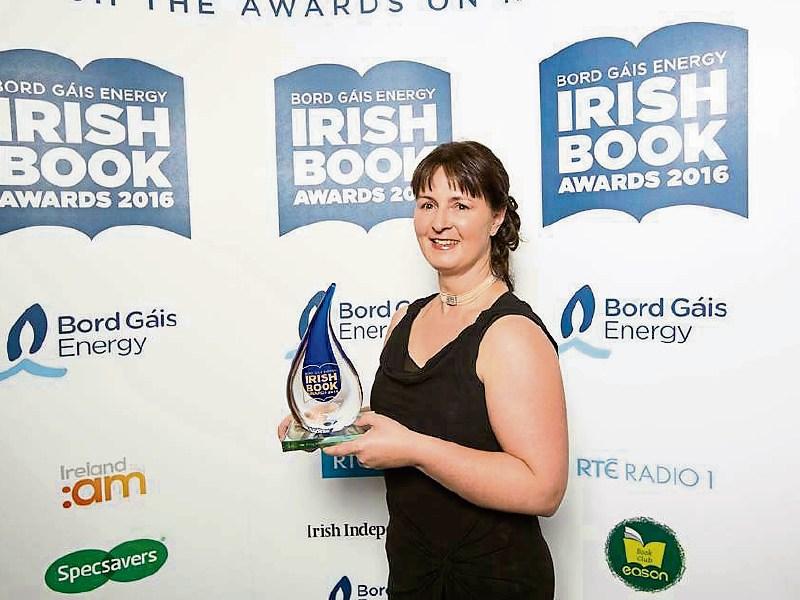 She took the award for ‘The Visit’, a story from her award-winning debut collection ‘The Accidental Wife’.

The awards ceremony, sponsored by Bord Gais Energy, was held at the Double Tree Hotel in Dublin on Wednesday, November 16.

Ms McAlinden said she was “in shock” after winning the award.

"It's unusual for a debut writer to be nominated for a national award, and to have won it is honestly a dream come true."

‘The Accidental Wife’ was released in Ireland last September. Unusually, it is published by a Philadelphia, USA, based house, Sowilo Press.

"I wasn't signed to any of the Irish publishing houses, and Sowilo Press in Philadelphia had enormous confidence in the collection, awarding it their annual prize, The Eludia Award for first collection by a female writer. I hope the BGEIBA Short Story of the Year award goes some way towards repaying their faith in me," she said.

Kildare readers can buy ‘The Accidental Wife’ in Barker and Jones; Naas, Farrells in Newbridge; Woodbine Books in Kilcullen, StoneHouseBooks in Kilkenny and Dubray on Grafton Street.

It is also available online, with world-wide free delivery from www.kennys.ie.

‘The Visit’ is available to read online athttps://ilanot.wordpress.com/the-visit/ , an Israeli journal which was the first to publish the story, and which nominated it for the prestigious Pushcart Prize.

Ms McAlinden is currently seeking a publisher for her second book, The Flight of the Wren, a famine novel set on the Curragh of Kildare, and is the 2016 recipient of the Cecil Day Lewis emerging writer bursary from Kildare County Council Arts Service.