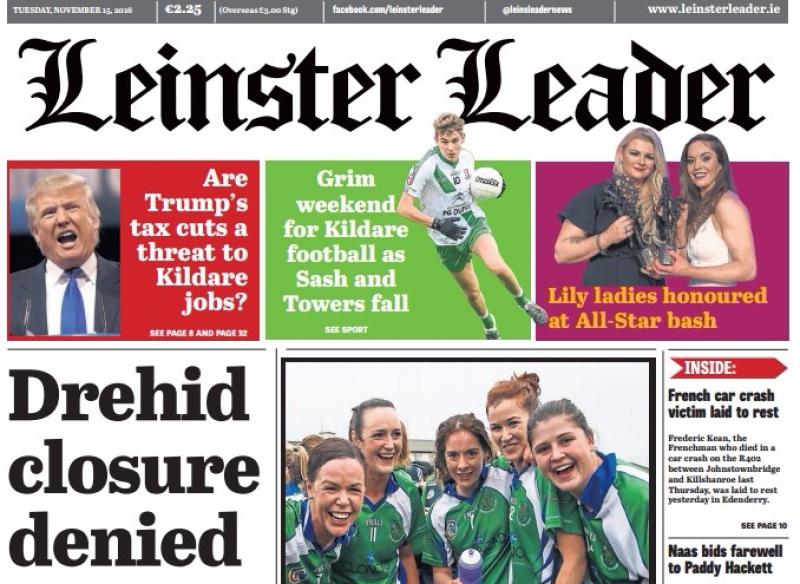 IN THIS WEEK'S LEINSTER LEADER:

Plus your best, most extensive towns news, community notes and courts coverage.

In Leader Sport: Lilies Ladies honoured at All Star Bash; Johnstownbridge head for double All Ireland glory and champs Sarsfields shocked by O'Mahony's.