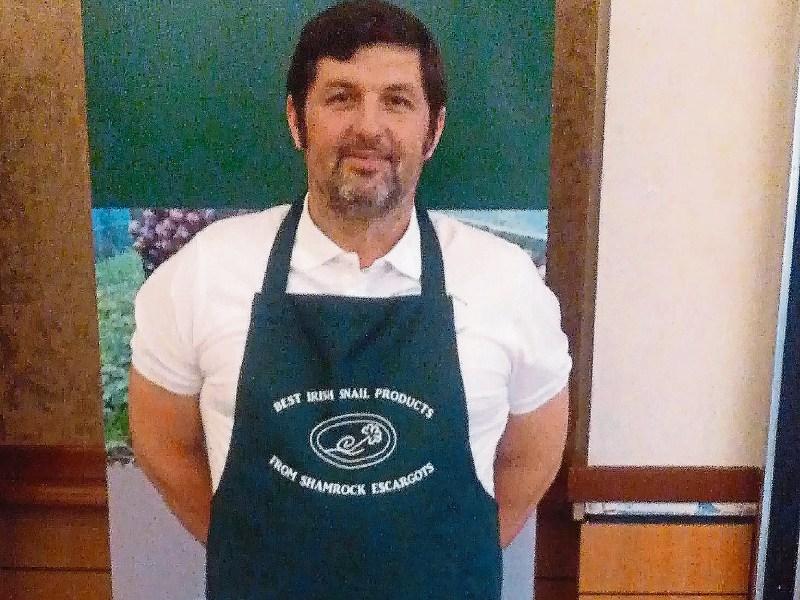 Former engineer Marek Pokorney, owner of Shamrock Escargots in Ballycowan, Co Kildare who will be showcased at Bite 2016 at the RDS.

Kildare is home to the first snail farm in Ireland to produce an onsite escargot range.

Based in Ballycowan near Enfield, Shamrock Escargots will be showing how to combine their products with traditional Irish food at the second annual Bite Food Festival in the RDS between November 18-20.

Shamrock Escargots is less than a year old and has already harvested 250,000 snails from some 10,000 originally imported from France.

Set up by Czech Republic native, Marek Pokorney, he swapped a career as a civil and environmental engineer for a much different life.

“I came to Ireland as a plumber 11 years ago and went to college to study first civil and then environmental engineering," he said.

“However when my work contract ended last year, I decided to take a risk.

“I imported 10,000 snails from France and because of my background, I was able to design and build my one-acre farm, including a 50ft breeding unit, hibernation unit and the kitchen.

“I have to keep them well fenced in. They may be slow but they can travel up to 50m a night."

It takes about 18 snails to make enough eggs for a 75g pot of caviar and each snail only breeds once a year.

Marek will be demonstrating how to cook escargots at Bite and promises a lovely dish together with Irish staples bacon, garlic and brussel sprouts.

Bite 2016 is a major food festival, showcasing the best of Ireland’s artisan food and drink producers in the run-up to the Christmas season. It will feature a range of winners from the Blas na hEireann Irish Food Awards, the biggest competition for quality Irish produce.

Full details can be found at www.bitefoodfestival.ie