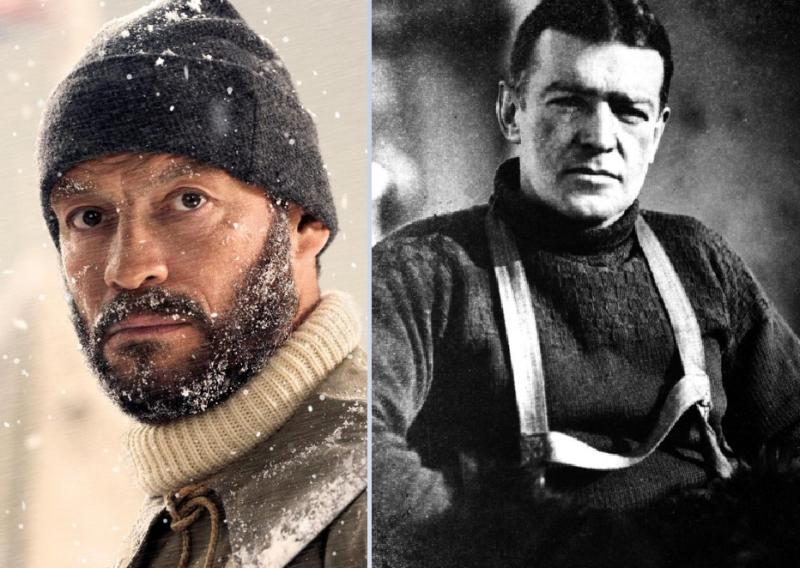 The star of ‘The Wire’ and ‘The Affair’ is shown heroically leading an expedition across blizzard-filled wastelands, before a newspaper headline appears, announcing that he is missing.

The three-and-a-half minute long advertisement was released on YouTube last week and has already clocked up over four million views, but its epic cinematography, plus all-star cast, has led to fan calls for it to be released as a full-length film.

The clip, called ‘The Tale of Thomas Burberry’ was directed by Oscar-winning Asif Kapadia ('Amy'). Irish actor Domhnall Gleeson takes the title role as the founder of the British clothing giant which is famed for its checked print. The piece also stars 'Downton Abbey'’s Lily James as an adventurous and seductive pilot and Sienna Miller ('High Rise' and 'American Sniper') as Burberry’s wife.

The storyline is a loose reimagining of Thomas Burberry’s life. He is depicted as a young tailor at the outbreak of World War I (although the real historical character would have been in his eighties at the time).

The ad focuses on Burberry’s creating of durable outdoor clothing which was used by soldiers in World War I, and also by explorers such as Shackleton. The Kildare man, as portrayed by West, is depicted coming to Burberry’s workshop looking for outdoor gear for his 1914 - 1917 antarctic voyage on the ill-fated Endurance.

Shackleton was born at Kilkea, near Athy, in 1874. The only permanent exhibition dedicated to the explorer is at the Athy Heritage Centre-Museum. A statue in the explorer's honour was recently erected in Athy's Emily Square.