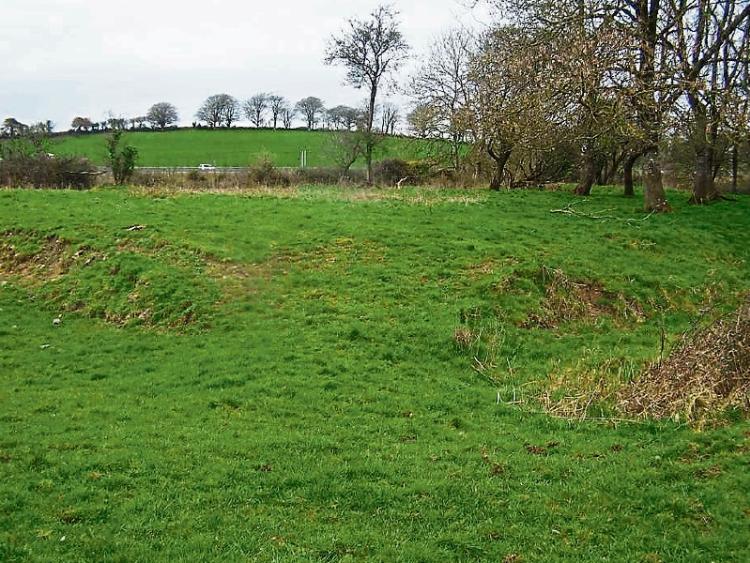 Example of an Irish moat

THE Department of Arts, Culture and the the Gaeltacht (DACG)has lodged an objection to planning permission granted by Kildare County Council for a house and American Barn in the Donadea area of west Kildare.

On September 20, the Council granted permission to Rachel Weld for the development at Clonshanbo, Donadea.

The Council, which imposed a development contribution of €10,290, also required that the development work be monitored by an archaeologists and  if archaeological material was discovered, the archaeologist should stop the work and seek the advice of the National Museum Service (NMS)  and prepare a report for both the Council and the NMS/DACG.

Ms Weld ex husband objected stating that in High Court proceedings some years ago, Ms Weld had said she had been told by Council planners that permission would be refused due to archaeological remains in and around the site.

The Council’s Conservation Officer, Peter Black, did not object to the development but wanted the NMS to clarify the position on the Moat.

However, on October 17, the DACG has objected.

It said the site had “high archaeological potential.”

It was on the site of the Killeen Moat, a medieval earthen enclosure or the inner enclosure of a larger ecclesiastical site.

The DACG said that despite the note from Mr Black to refer the file for comment, the file was not referred to the Department.

As a result it is objecting to the granting of the permission.