'Disappointed' with Department of Education ruling 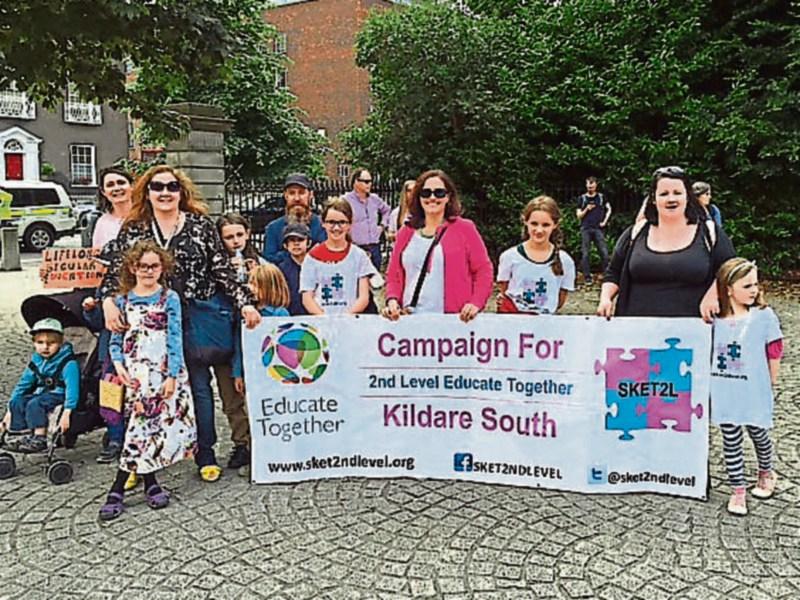 The SKET campaigners preparing to meet the Minister last June

Campaigners have pledged to continue to fight for a new second level Educate Together school for South Kildare despite the Department’s contention there is no need for one at present.

“We are again extremely disappointed and frustrated by the Department’s response. They have outlined their demographic data to us, but have taken no consideration for the inaccuracies we pointed out in relation to the schools that people are choosing in this area. Their feeder school analysis does not reflect what is happening on the ground,” said campaign group member, Jennifer Buttner.

“Indeed, the widely varying admission policies in operation across the second-level schools in the area do not reflect the Department’s feeder data.”

The group met with Minister Richard Bruton, along with Kildare South TDs Martin Heydon, Sean O Fearghaill and Fiona O’Loughlin, on July 19. It presented data to challenge the Department's demographic exercise, and the decision by Minister Jan O’Sullivan last November to deny a new school build for Kildare South.

Ms Buttner said the data shows a significant second-level shortfall in the area going forward, and demonstrated inaccuracies in the assumptions made by the Department, specifically feeder school inaccuracies, admission policy restrictions and inclusion of restrictive fee-paying places in capacity available. The group outlined that future growth and expansion, including influx of employers and investment in housing infrastructure, is not being taken into account, and voiced concerns regarding the disparity of dedicated ASD Class Facility provision from primary to second- level in the area.

Minister Bruton committed to taking the data back to the Department for review. The response that no new second-level school is needed currently, has just recently been received by the group.

“We are deeply concerned about the shortfall figures that we have collated and that the Department is continuing to under estimate the demand. The recent CSO figures show a 5.6% population growth in Kildare since 2011, and confirms the growth of the county we are witnessing in the shortage of second-level places here,” added Ms Buttner.

“Plus every week we open the local papers we see permission granted for more new house builds. Where are these children expected to go to school? The group welcomes the note of additional ASD classes for second-level schools to be provided by the Department’s 6 year capital investment programme across the county, but are still frustrated by the lack of clarity on where these classes will be, and how far parents and children may have to travel to avail of these places.”

She thanked the Minister for taking time to review the data, but pointed out the campaign group cannot accept No for an answer.

So far the group has collected over 2,500 children’s names for a South Kildare Educate Together Second-level. Further info about the campaign is available at www.sket2ndlevel.org or www.facebook.com/SKET2NDLEVEL.