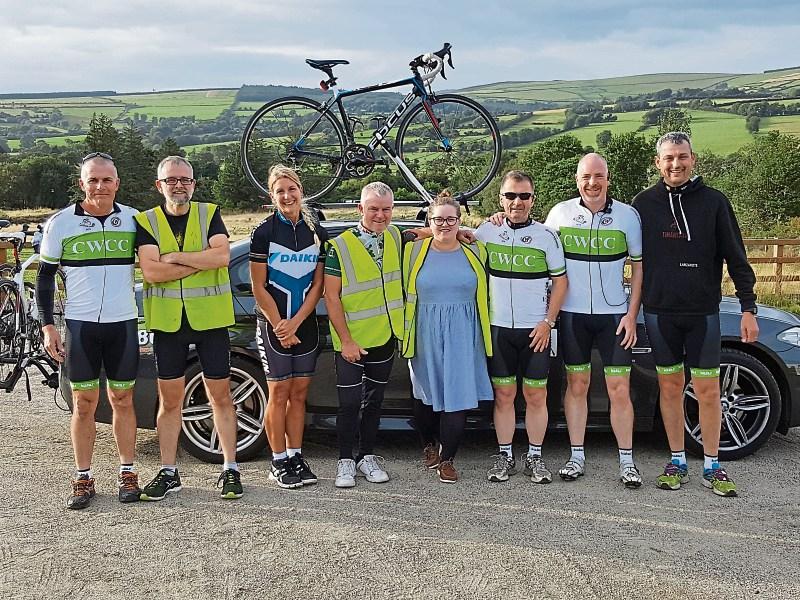 Clane Wheelers look set to donate around €12,000 to the Little Way Cancer Support Centre following the Race Around Ireland.

They plan to hand over the cheque on October 6.

“This was a massive contribution by the club and the entire community, both morally and financially. What’s more is – we enjoyed every minute of it.”

Leo said the group were soo grateful to friends and family connections who fed them around the country.

They began the journey in Trim on Sunday, August 28. Chief strategist Andy Redmond led out the charge. He was given a wonderful send off from some 20 club members who came out to wave the team off.

The eight riders split into two teams of four.

“The sense of camaraderie felt cannot be believed. To our great delight, we came in third with a finishing time of 80 hrs 24 mins.”