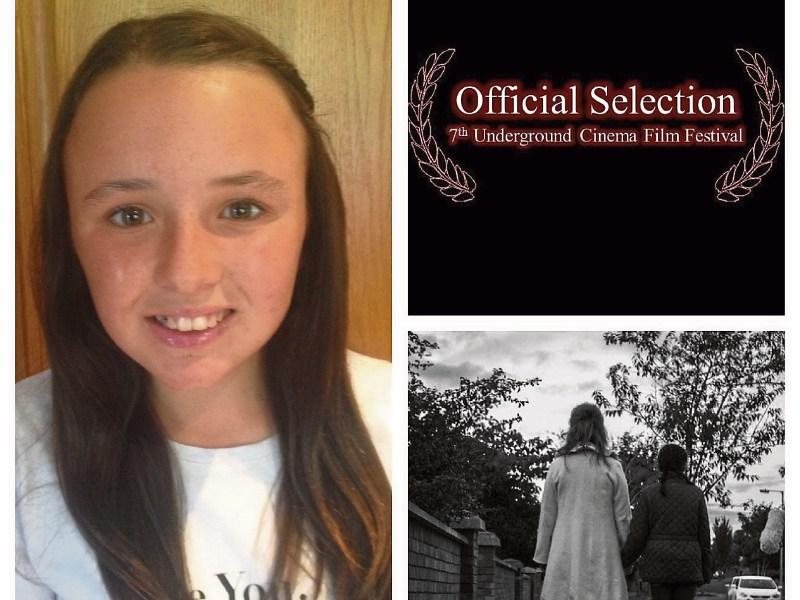 Aimee Ryan, a member of the Vicky Barry School of Dance in Kildare Town, was recently chosen to play the part of a child vampire in the short film 'Little One', alongside Fair City's Clelia Murphy.

Aimee, daughter of legendary Kildare footballer Glenn Ryan, is not only a talented actress. She also takes after her dad and plays under 12 county football for Kildare. Aimee attends singing, acting and dancing classes with Vicky Barry in Kildare Town and is part of Barry Talent Agency.

Meanwhile fellow student Stephanie Byrne, from Allen, has qualified for the Live Shows of Ireland’s Junior Eurovision Song Contest. Stephanie (11), a student of Vicky Barry in Allen is one of only 32 singers to make it this far from thousands of entrants. Stephanie was encouraged to enter by Vicky who recognised her immense talent.

Stephanie made it through two rounds to get to this stage. In stage two she had to write her own song as Gaelige . The judges were very impressed with Stephanie's song and subsequently put her through to the live shows in early September.