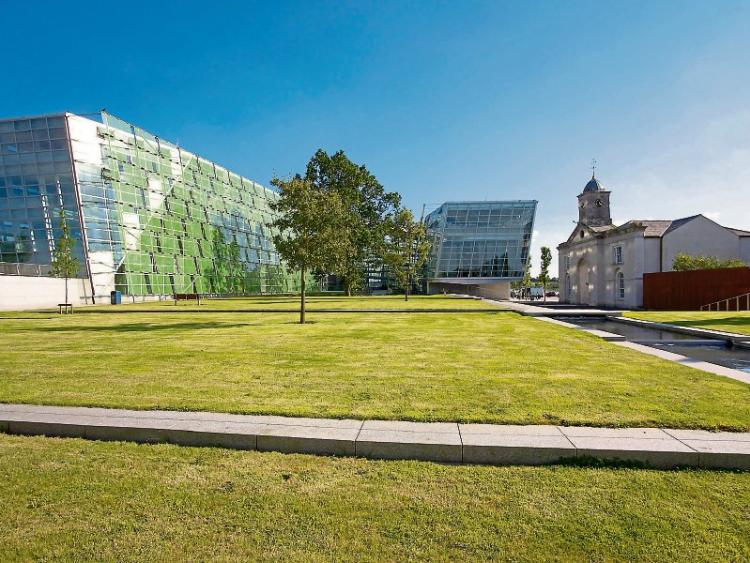 What remains of the Naas Army Apprentice School is the building on the right, dwarfed by Kildare County Council's Aras Chill Dara office buildings

Former tradesmen, most now long retired, will gather in Naas early next month to celebrate the 50th anniversary of their arrival at the Army Apprentice School in 1966.

Members of the No 11 Platoon, to give the group its official title, trained at the AAS in Naas. They passed out in 1969 after three years of training and they were dispatched to army units all over Ireland.

AAS apprentices were also trained for roles in the Air corps and the Navy.

Piery Holden, a native of Graiguenamanagh, Co Kilkenny, who lives at Sarto Park, Naas, is closely involved with organising the reunion which takes place on Wednesday and Thursday September 7 and 8, starting with a gathering at Lawlor's Hotel, Naas, at 4pm on Wednesday.

Mass will be celebrated at the Church of Our Lady and St David at 10am on Thursday. This will be followed by a visit to the old site of Devoy Barracks and a guided tour of the Kildare County Council offices (Aras Chill Dara) with a function that evening at Lawlor’s.

“There were 48 apprentices in our class at the outset and it’s hard to say now how many will turn up but we’ve booked 21 hotel rooms and that should be enough because those still living locally will probably go home. Some teachers and army personnel will be there as well," said Mr Holden.

“We will be getting identity badges as well because some of us haven’t seen each other in 50 years. One is in Canada and some went to Mayo, Sligo and Tipperary for example.”