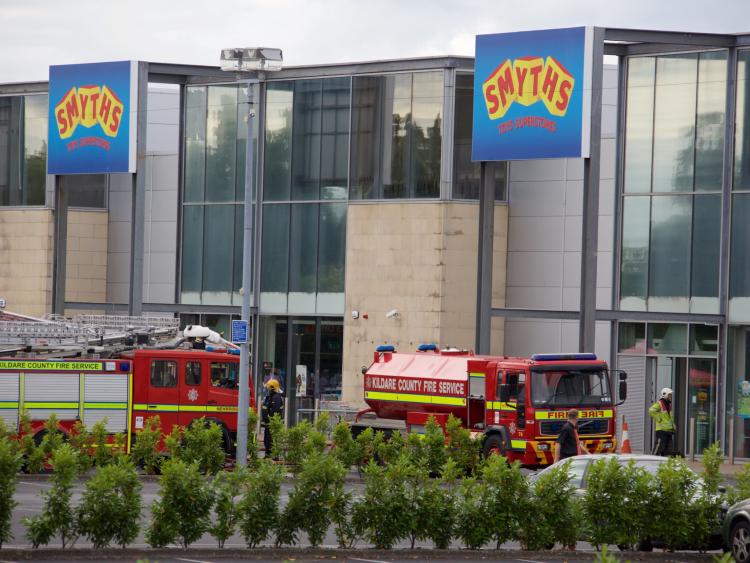 Huge queues formed this morning for a fire damage sale at Smyths Toy Store in Naas.

Crowds, which stretched up to the Woodies store at the Globe Retail Park on the outskirts of the town, flocked to the store for a touted 40% off goods.

Twitter user Barry Leydon from Naas posted footage taken shortly before 9am showing queues of people waiting to get into the clearance sale. Although the store is still closed after the blaze which destroyed one of its stock rooms on Wednesday, July 27, the sale will last until stocks are cleared. However, quotas will apply to customers.

The fire destroyed a stock room at the rear of the store, and required four fire engines and two tankers to bring under control. Shoppers and staff were evacuated. Smoke drifting onto the M7, which runs to the rear of the retail park, caused traffic jams on the motorway.