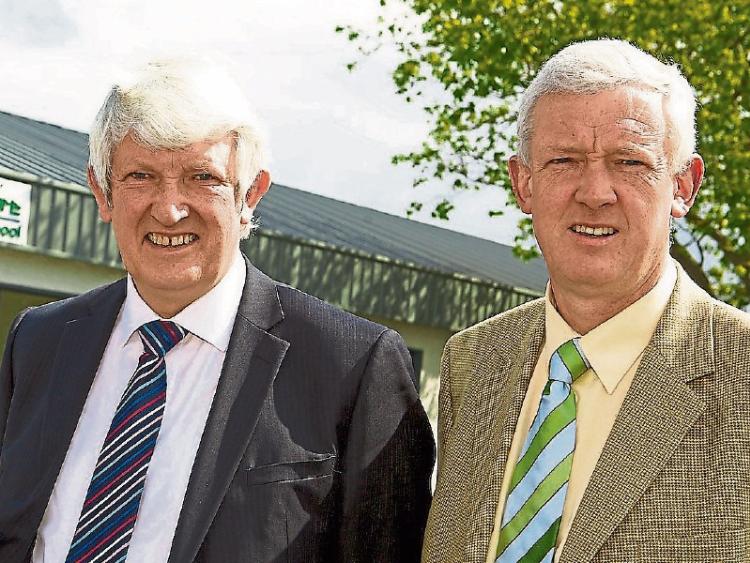 Willie Ryan, left, and his brother Ted, who both rowed for Ireland in the Olympics

A Kildare family has an unusal link to Ireland’s Olympic rowing success.

Willie Ryan from Prosperous, but now living in Johnstownbridge rowed for Ireland in the 1976 Olympics in Montreal — 40 years ago.

And although they lived in Prosperous, Willie and his brother Ted who also rowed for Ireland in the following Olympics in Moscow, are originally from the same part of West Cork, Darrara, as the O’Donovan brothers, Olympic silver medallists Gary and Paul.

“I know the two of them very well,” Willie told the Leinster Leader. “They’re grand lads.”

And he paid tribute to their coach, Dominic Casey. “He has has done more work and produced more internationals over the years. He trained the crew for Beijing, the Coakley brothers.”

Willie himself only started rowing when he joined the Gardai.

In Montreal he was joined in the coxed fours by Christy O’Brien, Mick Ryan (no relation), Jim Muldoon and cox Liam Redmond who had beaten some of Europe’s top teams that year.

In the semi-final, they led early “until we caught a small crab (when the oar gets caught in the water) at 500 metres but we recovered and we led from the Russians for a good bit.

“But coming up to the 1,750-metre mark we were neck and neck with the Czechs for second when we caught another crab that almost turned us sideways,” he said.

“The West Germans cruised by us to take third spot and we finished fourth and missed out on a place in the grand final.”

Willie’s daughter Caroline also rowed at a very high level for Ireland before switching to cyclist where she has proven to be just as successful over the past five years.